The Agricultural Land Reform Office (Alro) has vowed to demolish resorts which were built illegally on Sor Por Kor land on Koh Phayam in Ranong province. 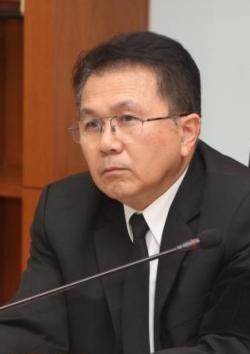 Alro secretary-general Sompong Intong insisted Thursday that  officials will move ahead with the demolition of resorts and bungalows which have encroached on 38 plots of agricultural reform (Sor Por Kor) land on the island in Muang district.

Mr Sompong also said Alro will file a lawsuit against business operators who refuse to cooperate with officials as the land was meant to be distributed to landless farmers for agricultural purposes but somehow slipped into their hands.

The move came after Mr Sompong instructed the office's legal arm to inspect buildings which were allegedly constructed without permission on the Sor Por Kor land on the island which is fast becoming a tourist destination.

According to an initial report, the buildings were found to have been illegally built on 38 plots of the land.

Of the land plots, 12 have been allocated to farmers while the rest have not yet been distributed.

"I ordered the office's legal team to inspect how many buildings were built on Sor Por Kor land. The encroachment on Koh Phayam is similar to that in Wang Nam Khieo district in Nakhon Ratchasima province where Alro also filed lawsuits against business operators who refused to dismantle their buildings," he said.

According to Mr Sompong, the Royal Forest Department handed over some plots of national forest land on Koh Phayam to Alro as part of land reform measures under a 1997 royal land reform decree.

The land was then allocated to farmers.

Of 5,913 rai of Sor Por Kor land in Moo 1 on the island, 3,268 rai were allotted to 150 locals for farming while another 15 rai are being used for public utilities and activities, Mr Sompong added.