SURAT THANI: A 23-year-old Russian woman holidaying on Koh Tao has been missing for more than two weeks, prompting relatives and a hotel operator to seek police help to find her.

Ms Novozhyonova, 23, had checked into the hotel on Feb 11 and was due to check out on Feb 16. However, she did not contact the hotel staff to return her room key on Feb 16. They waited several days as they assumed she might have travelled somewhere. However, she failed to show up. 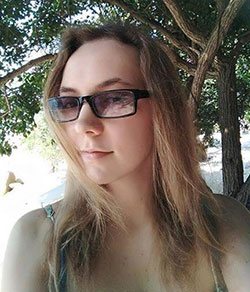 Valentina Novozhyonova, 23, was scheduled to check out of her hotel on Feb 16 but never showed up. (Photo taken from Samui Times via Supapong Chaolan)

When the staff finally checked her room they found her belongings, including her passport, a mobile phone and a camera, still there.

The missing woman is about 170cm tall, with light brown hair and a "V" tattooed on her left wrist. Anyone wityh information on her whereabouts is asked to alert the Koh Tao police station at 077-456098.

Officers led by Pol Lt Col Napa Senathip, deputy investigation chief at the station, on Saturday inspected the missing woman's room and asked the hotel to supply a list of guests staying at the hotel around the time she disappeared.

The team examined her mobile phone records and asked local businesses, including diving operators, if they recalled seeing the woman. They also questioned the hotel operator and staff but found nothing suspicious.

Pol Maj Gen Apichart Boonsriroj, chief of the Surat Thani police, said he had assigned Pol Lt Col Witthaya Pitak, investigation chief from the Surat Thani office to coordinate with local police. The office will examine footage from closed–circuit television cameras in hopes of finding a trace of the missing tourist or determining her travel route.