The Royal Thai Police (RTP) has insisted the extrajudicial killing of a Lahu activist, who they say was linked to drug trafficking, was carried out in self-defence.

Deputy police spokesman Krisana Patanacharoen yesterday said Chaiyapoom Pasae, a 21-year-old ethnic Lahu, was shot dead by a soldier in Chiang Mai last Friday as he tried to attack him with a hand grenade.

The soldier reacted in self-defence, Pol Col Krisana said, insisting there was no foul play behind Chaiyapoom's death. 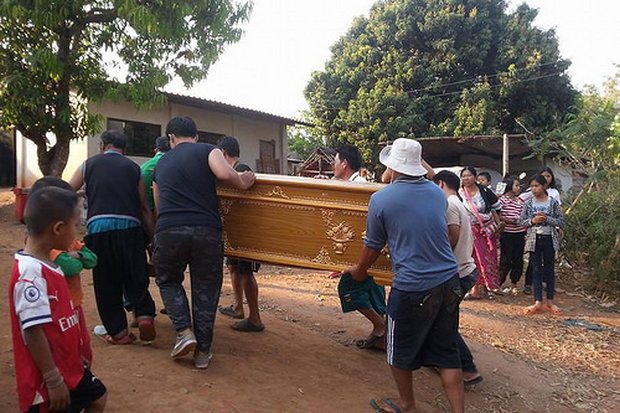 Friends and villagers carry the body of Chaiyapoom Pasae to his home as police ordered his family to report for interrogation. (Photo via Prachatai.com)

The RTP's response to the shooting follows calls from ethnic minority groups to launch a probe into Chaiyapoom's death. 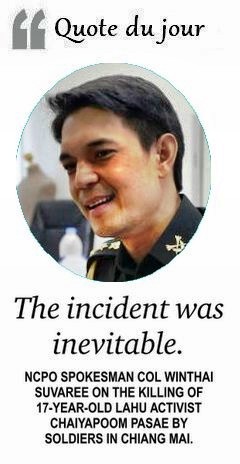 The groups said they don't believe the man was embroiled in drug smuggling and that he was an activist dedicated to local causes.

The news of Chaiyapoom's death has gone viral on social media in the past few days.

Pol Col Krisana said Chaiyapoom, a president of a northern traditional plant preservation network, was shot dead in Chiang Dao district on last Friday about 10am after soldiers at a checkpoint in tambon Muang Na found 2,800 methamphetamine pills hidden in a car, bearing a Chiang Mai licence plate in which Chaiyapoom and his friend, Pongnai Saengtala, 19 were travelling in.

Pol Col Krisana said while authorities were busy detaining the driver, Chaiyapoom, who was in the front passenger seat, got out of the vehicle and ran away.

A soldier chased Chaiyapoom, who turned and threw a hand grenade at the soldier, forcing him to shoot Chaiyapoom. It is not clear where the grenade came from.

Pol Col Krisana said the soldier fired only one shot at Chaiyapoom.

Chaiyapoom died at the scene.

The probe into the activist's death will be widened to trace the source of the drugs that were found in the car, Pol Col Krisana added.

Meanwhile, Pol Col Chollathep Maichai, head of Nawai police station in Chiang Dao district, said Mr Pongsanai, who was now in police custody, was charged with having illicit drugs in his possession.

Chaiyapoom's relatives were summoned for questioning as was the soldier who shot him dead.

Nawai police contacted the military unit to which the soldier was attached.

Pol Col Chollathep said he was trying to ensure fairness for all sides, adding the hand grenade was being examined by authorities who were in the process of compiling more evidence.

Also Monday, Panachai Janta, a coordinator of a Chiang Mai-based national ethnic health security centre, said ethnic minority networks will closely monitor how authorities conduct the investigation to ensure justice is served for the family of the dead man.

National Council for Peace and Order spokesman Winthai Suvaree yesterday said authorities performed their duties according to a code of conduct and none of them would have fired their weapons had it not been necessary.

Professional videos of songs by Chaiyapoom can be found on YouTube, including at youtu.be/A95DbmoZdgc and at youtu.be/oYAkXxDkhp0. 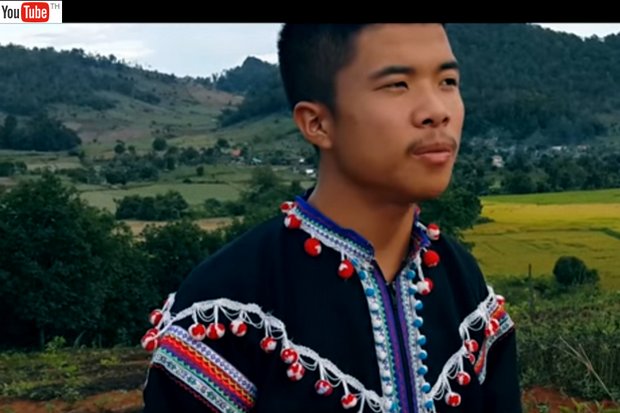 Slain Lahu activist Chaiyapoom Pasae was also a folk singer with several videos on YouTube, featuring songs of life and civil rights in his native North.