Deputy Prime Minister Prawit Wongsuwon has dismissed criticism of the purchase of Chinese-made submarines, and insists the purchasing process is transparent.

He said the purchasing process is transparent and the Office of the Permanent Secretary for Defence is re-checking details in a contract signed by the Thai government and Chinese government over the purchase of three submarines to ensure absolute accuracy.

When the examination is completed, the deal will be submitted to the cabinet for consideration, he said.

The submarine purchase plan has drawn criticism over the past year. Many critics have disagreed with the purchase, questioning its cost-effectiveness and transparency. Political intervention is thought to be another factor which has resulted in the plan being shelved for several years.

The navy plans to buy three Chinese-made submarines at a cost of 36 billion baht. They will be stationed in both the Gulf of Thailand and the Andaman Sea. 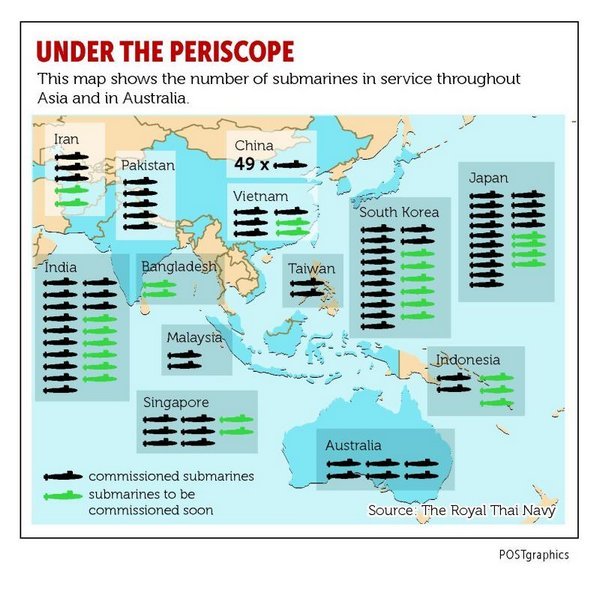 The navy has not purchased new submarines for more than 60 years.

In 2011, it wanted to buy six German-made second-hand submarines at a cost of 7.7 billion baht, but the plan was shot down by the then Yingluck Shinawatra government.

The Royal Thai Navy is preparing to build facilities for docking and repairing the three new submarines it plans to buy from China.

Gen Prawit also dismissed criticism that the subs are not needed.

He insisted there was a need to purchase the submarines, citing "growing territorial threats".

Gen Chaicharn Changmonkol, the Defence Ministry's permanent secretary, denied reports the office is speeding up the work to ensure it gets to the cabinet by next week.