Army chief Chalermchai Sittisat Monday expressed regret and responsibility over the death of a 22-year-old private, who is suspected of being brutally beaten at a local army prison in Surat Thani.

Gen Chalermchai also apologised to the public over the incident and extended his condolences to Pvt Yutthakinun Boonniam's family. 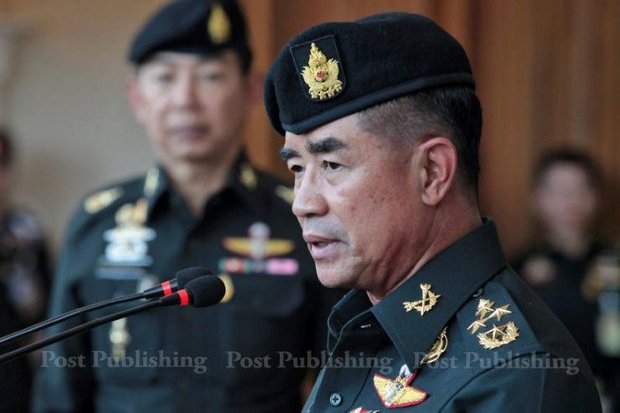 Army commander Gen Chalermchai Sittisat: There are still black spots which I am trying to fix. (Post Today photo)

The private, known as Benz, was attached to the 45th Military Circle.

The army chief's apology, seen nationwide on TV, came after Pvt Yutthakinun was attacked while being detained for disciplinary offences at a military prison at Vibhavadi Rangsit military camp.

He was taken to a hospital following the attack on Friday and was pronounced dead by a doctor on Saturday morning.

Gen Chalermchai insisted he has always forbidden any kind of physical assaults taking place between his subordinates.

"I apologise to the public for what happened. It could be a result of old habits among soldiers who were previously deployed along the country's border. There is strict discipline and rather severe punitive measures sometimes," he said.

"I am responsible for this", he added. "There are still black spots" among the training cadre.

"I was already trying to fix this and I am working to ensure it will not happen again".

He said those stringent measures have been scaled down recently as military training is conducted under a proper framework, adding he was trying to address the violence in military drills to prevent the re-occurrence of such a case.

In Pvt Yutthakinun's case, Gen Chalermchai added the incident occurred at a prison that was sometimes neglected by superiors.

Gen Chalermchai said the military had launched a probe into the incident.

He said both legal and disciplinary action must be taken against those connected to Pvt Yutthakinun's death, including superiors in the military.

He also insisted the army would not intervene in the judicial process. 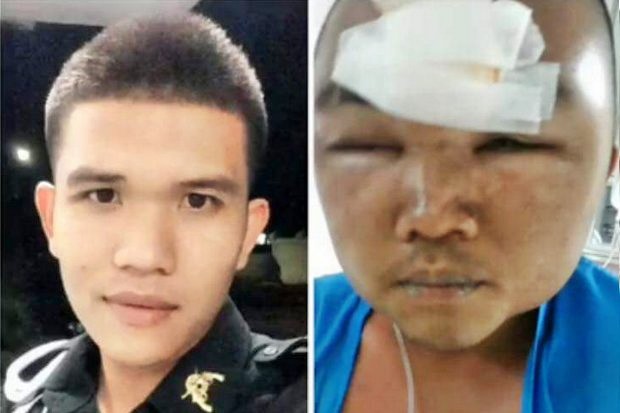 Recruit Pvt Yutthakinun Boonniam was in training to become a military policeman when he was savagely assaulted, tortured and killed in a Surat Thani army camp. (FB/Bomlunglang)

Meanwhile, Lt Gen Piyawat said he has ordered Maj Gen Wichai Watthanamonthien, chief of the 45th Military Circle, to launch a probe into the incident to find out whether prisoners or also prison wardens were involved in Pvt Yutthakinun's death. The results of the probe are expected in a couple of days.

Lt Gen Piyawat said an initial investigation found Pvt Yutthakinun was punished several times for failing to be on sentry duty, until he was finally detained at the prison.

He reiterated Gen Chalermchai's view that anyone involved in the death must face both legal and disciplinary action, adding he was certain those behind the brutal attack would be exposed.

Meanwhile, military officers from the circle, led by Maj Gen Wichai, also attended a memorial ceremony for Pvt Yutthakinun at a temple in Wiang Sa district.

Renu Motrakhee, the victim's mother, did not attend the ceremony as she was giving testimony on the case to Surat Thani provincial police.

The family, who earlier demanded the inquiry, told local reporters they will not cremate Pvt Yutthakinun's body unless justice in the case is served.