SAKON NAKHON - The bodies of three passengers missing since a long-tailed boat capsized in Nong Han lake on Thursday afternoon were found on Friday morning.

They were among six people on board the boat, that sank shortly after leaving Ban Paen pier in Phon Na Kaeo district around 4.30pm on Thursday. The boat driver and two passengers swam safely to shore.

Rescuers and divers searched the lake for the three missing passengers, but failed to find them. The search was called off for the night at 8pm.

Rescuers resumed the search on Friday morning and a bit over an hour later found one body, about 600 metres from the shore. The other two bodies were found shortly after.

The dead passengers were identified as Manit Somboon, 26, Theerasak Naisawang, 27 and a young woman, Jumporn Somboon, 20, all from Ubon Ratchathani. The capsized boat was also retrieved from the lake.

Police said the five passengers, all relatives, were going to visit a relative's house on the other side of the lake.  The boat, which is like other small fishing boats on the lake, could have been overloaded, causing it to capsize.

They planned to further question the survivors. 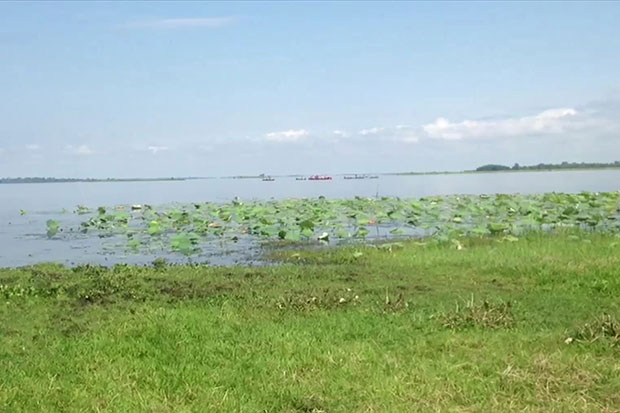