Jiranuch Trirat, mother of 11-month-old daughter Natalie, who was killed by her father with the murder broadcast on Facebook, stands next to a picture of the girl, nicknamed Beta, at a temple in Phuket on Tuesday. (Reuters photo)

A Phuket man filmed himself killing his 11-month-old daughter in two video clips posted on Facebook before committing suicide, police said on Tuesday.

People could access the videos of the child's murder on her father's Facebook page for roughly 24 hours, until they were taken down around 5pm Tuesday, or a full day after being uploaded.

In contrast, Facebook employees last week removed the video of a man in Cleveland, Ohio, shooting an elderly man to death within hours.

Thai netizens voiced outrage about the clips of the child's killing, which were uploaded on Monday, the first at 4.50pm and the second at 4.57pm.

"This is the most evil clip I've seen in my life," said one user, Avada Teeraponkoon. "I couldn't stand it for more than one second."

"How can he watch his own child stop breathing?" said another, Rujirek Polglang. "He should have just died alone."

The killing was the first in Thailand known to be broadcast on the social networking site, said deputy police spokesman Kissana Phathanacharoen.

"It could be influenced by behaviour from abroad, most recently in Cleveland," Kissana told Reuters.

The harrowing footage available Monday and Tuesday from the South showed Wuttisan Wongtalay tying a rope to his daughter Natalie's neck before dropping the child, dressed in a bright pink dress, from the rooftop of a deserted building in Phuket.

Wuttisan's suicide was not broadcast but his lifeless body was found beside his daughter, said Jullaus Suvannin, the police officer in charge of the case.

"He was having paranoia about his wife leaving him and not loving him," Jullaus told the Reuters news agency.

Wuttisan's wife, Jiranuch Triratana, said she had lived with him for over a year. At first the relationship had gone well, she said, but then he grew violent and sometimes hit her five-year-old son from a previous husband.

She feared that something was wrong on Tuesday when she found he had left home with Natalie, whose nickname was Beta. She set out to look for them.

"I was afraid he would hurt our daughter even though he loved her," she saidby phone from the funeral. 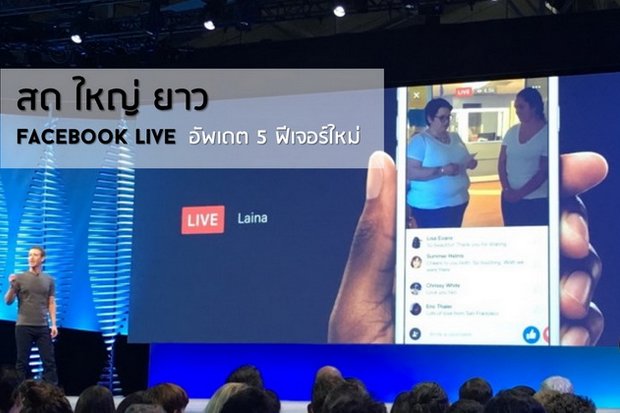 Flashback to Aug 5, 2016: Mark Zuckerberg introduces Facebook Live to the world. He didn't mention the possibility of live-streaming a murder and suicide but it has been done several times. (Creative Commons via Brand Buffet)

The Ministry of Digital Economy claimed it contacted Facebook only on Tuesday afternoon about removing the videos, after receiving a police request 24 hours after they were posted.

"We contacted Facebook today and Facebook removed the videos," said ministry spokesman Somsak Khaosuwan, who added that the government would take no action against the company.

"We will not be able to press charges against Facebook, because Facebook is the service provider and they acted according to their protocol when we sent our request. They cooperated very well."

After the company faced a backlash for showing the video of the Cleveland killing, Chief Executive Mark Zuckerberg claimed Facebook would do all it could to prevent such content in the future, but it hasn't.