Security forces cordon off the road where five members of the ranger patrol were killed, and a sixth wounded, when their vehicle was attacked in Narathiwat's Chanae district on Thursday. (Photo by Wadao Harai)

NARATHIWAT - Five paramilitary rangers were killed and another badly wounded in roadside bomb blast and following attack on their patrol by gunmen wearing green outfits in Chanae district on Thursday.

The bomb went off around 2pm as a patrol vehicle carrying a ranger team was approaching Ringae village in tambon Padungmart. Metal spikes were also found scattered over the road.

Police said the six-member patrol was on the way back to their base and went passed a group of 10 armed men in green outfits, like border patrol police uniforms, walking along the road.

When the patrol vehicle was just 100 metres beyond them, the bomb went off and those men opened fire at the rangers.

Before fleeing, the attackers took six M16 assault rifles from the dead and injured rangers, and set fires on some bodies. 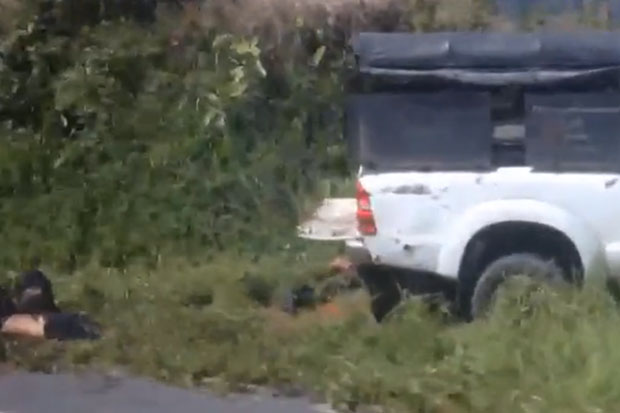 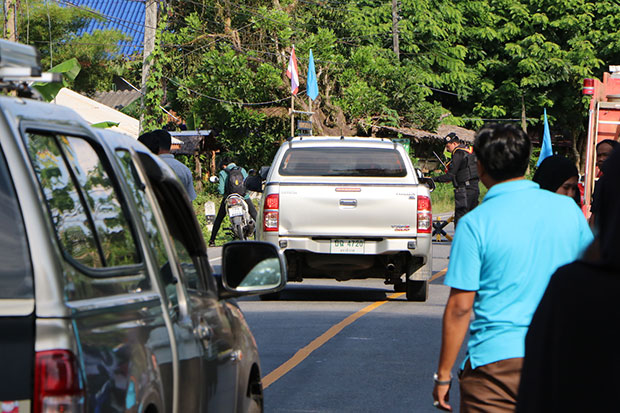 Police and soldiers inspect vehicles passing the scene of the attack in Narathiwat on Thursday. (Photo by Waedao Harai)