In-flight menu Santan to be revitalised

After 16 years of strenuous focus on low fares and network growth, AirAsia is giving greater attention to the sale of food onboard.

Asia's largest low-cost carrier (LCC) group is revitalising Santan, the in-flight menu that debuted with no fanfare in 2015, by striving to change the long-standing perception that airline food is generally bad.

On Monday, AirAsia held a high-profile food tasting event, Santan Food Festival, at its head office next to the Kuala Lumpur international airport 2, to drive the message that it is serious about onboard food sales.

The group, with nine airline affiliates across Asia at present, wants to see 60% of passengers on each AirAsia flight buy in-flight goods, doubling the current rate.

"Obviously I ask for the skies, but I would like to get to 60-70%," Mr Fernandes the told media at the event, but did not provide a specific timeline.

Last year, sales of food and beverages aboard the AirAsia airline group were at 87 million ringgit (696 million baht), which was about 7% of the group's ancillary income stream, which also includes the likes of baggage charges and duty-free sales.

The group today serves close to 200,000-300,000 meals a day across its network that span Asia, senior AirAsia executives told the Bangkok Post.

There are about 15-20 core dishes, mostly Asian fare, available across the airline group's network.

There are a total of 90 different dishes across all AirAsia routes, and different routes have varying meal selections.

"What we are doing is bringing the wonderful flavours of Asean into Santan to create a unique food experience, with the vision of replicating the on-ground gourmet experience onboard," said Mr Fernandes.

"The flavour profile and pricing of in-flight food has always been a challenge, but we believe that with Santan, we can create the first restaurant brand in the sky that is both tasty and affordable," he said.

A combo set of the popular khao krapao kai (chicken stir-fried with basil and spices) with a can of Coca-Cola goes for 190 baht on a Thai AirAsia flight.

Bestsellers on AirAsia airlines include nasi lemak, chicken rice, roast chicken, Thai green curry and biryani -- all of which have been sold onboard AirAsia for years, according to AirAsia officials.

Mr Fernandes suggested that there are 50 different dishes under consideration.

He talked about the possibilities of including Cambodian and Vietnamese fare into Santan when the group starts subsidiary airlines in those countries.

He described the largest challenge being what to include in menus while simultaneously addressing business efficiency, saying: "We have so many great goods, where do we draw the line?"

It is important to simplify the menu, he added, and used McDonald's as an analogy.

"When you go to McDonald's, you generally know what you are going to eat, and you do not need to look at the menu," he noted.

He said he does not want to change the Santan menu very often, although his subordinates would prefer to revise the menu every quarter.

One of the major drives in AirAsia's Santan campaign is the introduction of freshly-brewed coffee on board to capitalise on the growing business opportunity.

"I have read blogs saying coffee on the plane is lousy. Then I saw how much airports [cafes] are making by selling gourmet coffee,'' he reflected, indicating a new emphasis for AirAsia.

Mr Fernandes said AirAsia aims to have airline-certified coffee machines in service by the second quarter of next year, along with the introduction of "Asean blend", with beans sourced from the region, in October this year.

Some AirAsia flights, such as Thai AirAsia, currently offer premium drip coffee, along with three-in-one instant coffee, currently a top seller on board.

Mr Fernandes disagrees that the Santan drive is tantamount to the group's entry into the full-fledged airline catering business.

Meals served on board AirAsia flights are made by suppliers in each of their home bases with recipes and quality controlled by each individual airline.

"The primary function of this is not to open up a catering business, but to sell more food [onboard]," he said.

"But that is a good question because we have also gone into the trading business and many joint ventures, so maybe this creates an opportunity for interested parties to partner with us and sell our food to other airlines, so why not?" he added. 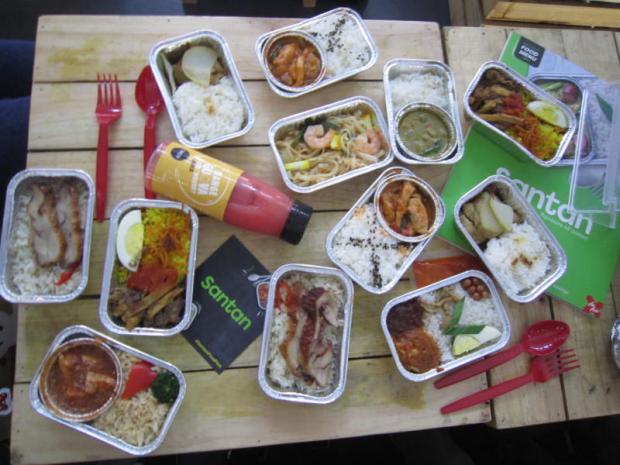 The government will on Friday consider further relaxation of Covid-19 controls to allow more businesses and activities to resume, and possibly lower its Covid alert level late this month, according to the government spokesman.

Governments in Southeast Asia are floating very ambitious plans to capture a share of the electric vehicle market. And rightfully so.