Japan and Thailand have forged an official pact to fight illegal fishing as Thailand struggles to assure trading partners its catch complies with good practice.

Tokyo: The Ministry of Agriculture and Cooperatives has stepped up cooperation with the Japanese government to fight Illegal, Unreported and Unregulated fishing activity (IUU).

The ministry and the Ministry of Agriculture, Forestry and Fisheries of Japan on Tuesday signed a joint statement setting down their efforts.

They will work together on expansion of multilateral catch documentation and certification requirements to help the global traceability of fishery products. They have also agreed to reinforce bilateral cooperation in the global fight against IUU fishing. 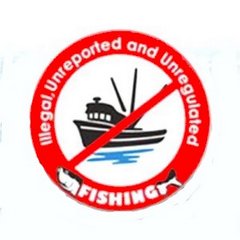 Gen Chatchai Sarikulya, Minister of Agriculture and Cooperatives, said the parties have announced they also will support global fishing sustainability development. Thailand wanted to assure its trade partner that all fisheries products are legal and comply with good practices, he said.

"We have addressed the importance of global cooperation in fighting illegal fishing. We want the world community to see what we have done," Gen Chatchai said. "Much progress has been made in the fight."

Thailand has spent three years dealing with IUU fishing problems after the European Union (EU) threatened to ban Thai fishery products to the region if the country failed to deal with these concerns.

A preventive illegal fishing system, including traceability tools, observer on board, and Port In-Port Out reports, have been set up under the EU's requirements, together with measures to prevent illegal labour on board. The law on fisheries is also in effect, with stronger punishments to suppress illegal fishing activities.

Adisorn Phromthep, chief of the Department of Fisheries, said international cooperation in dealing with IUU problems has been forged in many countries such as the Philippines and South Korea based on only one objective -- raising the global community's awareness on that country's efforts to deal with the problem.

The EU is expected to follow up on Thailand's progress in next few months.

Thai fishery products exported to Japan make up 21.3% of its total seafood exports, or 50,818 tonnes a year worth 10.84 billion baht, according to the ministry.

Japan is now preparing to set up a traceability system in the fishing industry to let consumers know where the food comes from and make sure fishing is legal and sustainable.

Kazuo Wada, vice-union president of Choshi Fisheries Cooperative in Chiba prefecture, one of the country's largest fishing cooperatives, said the Japanese government will draft regulations on the fishing traceability system.

However, he said the fishing cooperatives already have effective measures to prevent illegal fishing in the region, adding all trawlers must be registered to identify which kind of fish they are permitted to catch.

He explained the cooperatives have strict rules for not buying fish from illegal trawlers.

The amount of fishing is controlled by the cooperatives. If there is overfishing, trawlers are told to suspend activity until there is a balance between what the market demands and the amount of fish available.