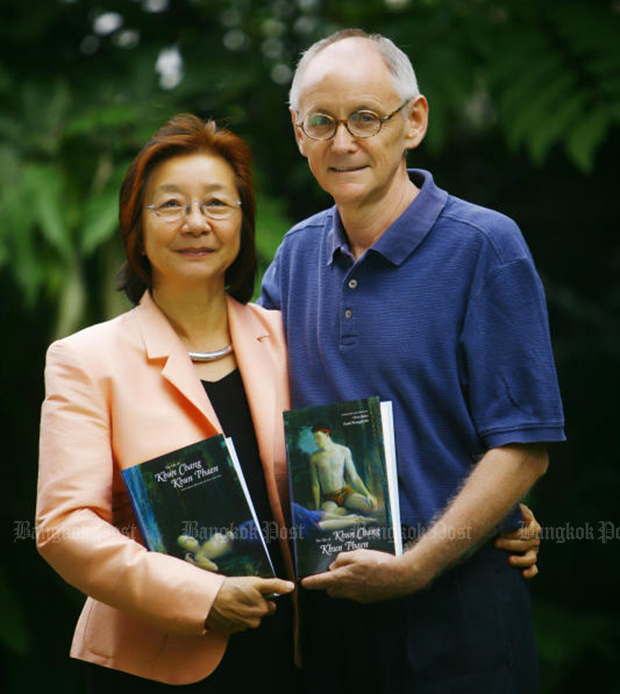 The complete English translation of the classic ‘Tale of Khun Chang Khun Phaen’, by husband-and-wife team Chris Baker and Pasuk Phongpaichit, offers a lot more than the tragedy of a love triangle. (Bangkok Post file photo)

The Fukuoka committee praised Ms Pasuk’s and Mr Baker’s “multidisciplinary and comprehensive analysis of the social changes which Thailand has experienced since the period of rapid economic growth in the 1980s, an analysis based on a combination of Western and Eastern intellectual approaches”.

Their influential research works include "Thailand Boom!", which came out in 1996 and explored cultural and social ramifications of the early 1990s bubble economy that transformed the fabric of Thailand. The crash of 1997 hit  "Thailand’s Crisis" (2000) was a comprehensive survey of the wreckage.

Their "History of Thailand" (2005) was written as “a textbook of the new era”. But their major work that continues to generate much discussion is the English translation of the Thai epic verse "The Tale of Khun Chang Khun Phaen" (2012), a heroic literary and cultural-anthropological feat.

Prof Pasuk studied economics at the University of Cambridge, while Dr Baker is a historian, also studying at Cambridge. Together they returned to Thailand in the 1970s.

The Fukuoka Prize was initiated in 1990 to honour scholars, artists or organisations whose works contribute to the preservation or creation of Asian Culture.

There are three prize categories: the Grand Prize, Academic Prize, and Arts and Culture Prize. This is the second time academics from Thailand have won the Grand Prize, after MC Subhadradis Diskul in 1994.