How Bangkok came close to the big one
Opinion

How Bangkok came close to the big one

In late 2011 the chatter about terrorist attacks in Thailand reached their highest volume ever, or since. The bare bones of the plot are well known but recent arrests in America have exposed many more details.

And while not everything is yet clear, or at least not public, it now is certain that Bangkok was closer than ever to not one but many attacks which would have been at least as big but probably bigger than the Erawan Shrine terrorist explosion that killed 20 people on Aug 17, 2015. 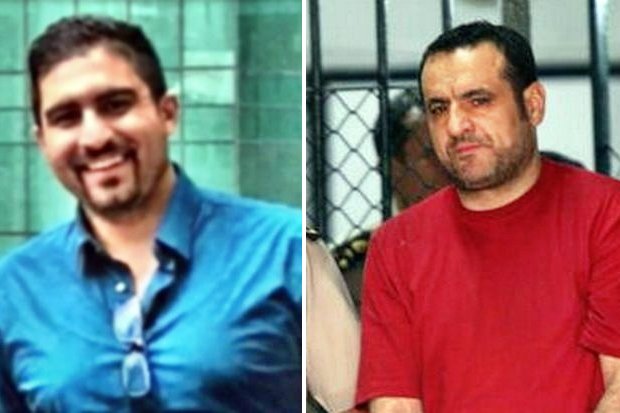 Left: Lebanese-American Samer El Debek was in and out of Thailand on a terror-related mission in 2009. Lebanese-Swede Hussein Atris was not so fortunate and was arrested in 2012. (File photos US Attorney-General, Bangkok Post)

What Thailand and friendly intelligence services managed to prevent just over five years ago took several tense months of close international cooperation. The men, women and agencies involved still are learning how close they were to disasters, plural.

The United States has revealed for the first time that the chief danger came from Hezbollah. This Iran-backed Lebanese group was barely a dim blip on the radar of Thai Special Branch. It was to learn quickly that Hezbollah was a clever and sinister threat.

It is now known that Hezbollah was actively running terrorist cells in and out of Thailand by 2007, four years earlier than previously known. The men involved were all dual nationals, carrying passports both of their native Lebanon and other mainstream countries. And Hezbollah is clearly the most covert, clever and under-the-radar group around, whose terrorism is probably a far greater threat to Thailand than the vaunted and so-far unspotted Islamic State.

An agent arrested and successfully prosecuted in 2012 had travelled to Thailand on his Swedish passport, obtained via a loveless marriage of convenience, possibly for money. But it is the story of a second man, arrested only this month by the FBI, that adds to the terrorism story.

He is Samer El Debek, a two-passport traveller who is a naturalised US citizen. The 37-year-old has 10 years under his belt as a full-fledged Hezbollah agent. It now is known that, not only did Mr El Debek travel to Thailand twice before the 2012 climax of the terrorist plan, his first trip was in 2009. And that trip to Bangkok was to help re-arrange a bomb-making safe house already established in the city.

For now, Special Branch knows that Hezbollah agents had infiltrated Thailand by 2007, presumably in the first stage of the bomb plot.

They know this because Mr El Debek was dispatched to Bangkok in 2009 to move bomb-making material out of a safe house that Hezbollah or Iranian controllers thought had been compromised.

He trained secretly for about a year before being briefed on the Bangkok mission and sent on his way. By his own testimony, the mission was successful. By local agents, it was scary how little they knew.

Special Branch now have tracked the several emails between Mr El Debek and his handler-agents while in Bangkok. On the eve of his departure after a week in Bangkok, he emailed two "brothers" to inform them he was leaving for Lebanon. "i m ok", he wrote. "i finish the deal here..suppose to arrive sunday..don't u guys worry."

Easy for him to say, but not so simple for Special Branch and their foreign allies.

The June 4, 2017 "Big Issue" column carried on Page 2 of the Bangkok Post Sunday contained factual errors in the last few paragraphs. The column referred to the Thanya Park, whose management has explained the facts. We accept these facts, and wish to correct the errors, as follows.

At no time has the convicted murderer (released from prison in 2014) and former doctor Wisut Boonkasemsanti had any formal, informal connection or being a staff/management at Thanya Park. The column referenced a "story, widely believed in the eastern Bangkok suburbs" that Wisut was an investor in the mall. This rumour has no foundation.

The Thanya Park points out that the Foreign Ministry decided on its own to move the passport office from Central Bangna mall to Thanya Park in 2014. As stated, Thanya Park is in an excellent location on Srinakarin Road with good traffic access and parking as well as a significant amount of food/retail outlets, supermarket and shoppers.

To summarise, as stated by management, Thanya Park never has had any connection whatsoever with Wisut Boonkasemsanti, before or after his release from prison, and the Bangkok Post Sunday report erred in so stating.