The mother of a Belgian woman found dead on April 27 on Koh Tao has insisted her daughter did not commit suicide, despite claims by the island's police chief to the contrary.

Pol Lt Col Chokechai Suthimake said the body of Elise Dallemagne, 30, was sent to the Institute of Forensic Medicine at the Police General Hospital in Bangkok for an autopsy which later found she had committed suicide.

Investigators have found no indication of murder, he said.

Dallemagne's mother, Michele van Egten, refuses to believe the police account that her daughter hanged herself. 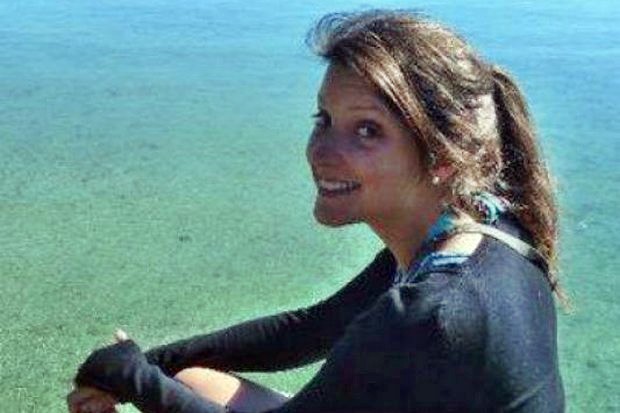 Belgian tourist Elise Dallemagne booked into a Koh Tao resort in April but disappeared just before she was to leave to return to Europe. (Photos CSILA via Post Today)

Pol Lt Col Chokechai on Thursday tried to clarify events surrounding Dallemagne's death after a report suggesting foul play was re-posted on samuitimes.com and went viral on the internet.

According to the report Dallemagne was found dead on a rock, in the jungle above Tanote Bay, her body partially eaten by lizards.

It also says her mother has been promised an autopsy report but has still not been contacted by Thai police since her daughter's funeral in Bangkok 14 days after her remains were found.

Dallemagne's mother has appealed for anybody who knows anything about her daughter's movements before her death to come forward, the report said.

Ms van Egten, who said the death would have gone unnoticed if not for her public appeal for help, said: "I do not believe what the police have told us. We fear somebody else was involved."

She also said she could not understand why her daughter would have killed herself as she was acting normally during their last Skype conversation with no signs of being depressed.

"I have already informed her mother of the autopsy results and that she had committed suicide and her mother seemed to accept that," Pol Lt Col Chokechai said.

"Her mother told me her daughter had attempted suicide once before. Her mother also said her daughter spent years in India and was an active member of an Indian sect.

"She suspects a link between the death of her daughter and this sect," he told the Bangkok Post.

He said he wanted to know why local media re-posted the story of the woman's death.

"They should have talked to me if they have new information," he said.

A call by the Bangkok Post to Pol Col Phawat Pratheepvisaroot, deputy director of the Institute of Forensic Medicine, who was said to have performed the autopsy, went unanswered.