President Recep Tayyip Erdogan (right) has been on the phone ordering Turkish diplomats to press other nations including to monitor activities by supporters of Fethullah Gulen, who lives in exile in the United States. (File photo)

The Thai government will play its part in preventing followers of religious leader Fethullah Gulen from conducting any illegal activity that could undermine the Turkish government, the Ministry of Foreign Affairs says.

Spokeswoman Busadee Santipitaks said the ministry is aware of the Turkish government's position on the Gulen group, which it accuses of being behind the failed coup bid on July 15 last year.

One year since the failed coup in her country, the Turkish ambassador to Thailand has joined her government in concluding the Gulen movement was behind the move and claims the movement has affiliations in Thailand. 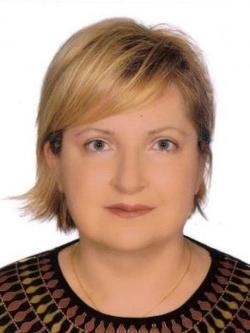 "The coup was their last chance to seize power," said ambassador Evren Dagdelen Akgun, in a talk marking the coup, adding the Gulen group, which supports educational institutes in many countries, wants to take over the world.

"We [the Turkish government] had uncovered the criminal aspect of this [Gulen movement] organisation. We started to remove organisation members from their ranks in government offices. They were starting to lose power so they pressed the button."

The ambassador said the group is operating in 150 countries all over the world including Thailand. She claimed the group is a threat not only to Turkey but the international community as well.

However, the ambassador refused to elaborate on the group's presence in Thailand, saying her government is "trying to crack down on it".

Fethullah Gulen, the cleric founder of Gulen movement who live in Pennsylvania, the US, denies he was involved in the coup. Last year, the failed attempt to take over the government of President Recep Tayyip Erdogan accounted for over 250 casualties and more than 2,500 injuries.

It was carried out by a faction of Turkish Armed Forces who called themselves the Peace at Home Council. The Turkish government immediately claimed the faction is affiliated with the Gulen movement.

The Turkish government branded the movement an "international terrorist organisation" with the designated term "FETO -- Fetullah Gulen Terrorist Organisation". The Turkish ambassador also asserted the failed coup was in fact a terror attack.

In the aftermath of the failed coup, over 30,000 people were removed from their jobs, persecuted, and jailed. Many media outlets argued the government used the opportunity to purge its opponents and enhance the president's power.