Blue "error" screens are shown in this photo posted by Twitter user @TonsTweetings shortly before midnight on Sunday. This Twitter user has on Saturday morning tweet the same blue screens images.

A problem with the information display system at Suvarnabhumi airport was being repaired and all screens were expected to be working normally again by Tuesday, airport director Sirot Duangrat said on Monday afternoon.

Many information screens at the airport have been displaying "error" messages, leaving travellers frustrated and confused, and social media abuzz with photos of blue screens and criticism.

Mr Sirot said the flight information display system had developed a problem around 5am on Saturday.

In all, 214 screens were affected. It was discovered the graphic display units were at fault.

The system contractors had been instructed to update the system software. Some screens had already resumed normal function.

The work was expected to be completed by Tuesday.

A user who goes by @TonsTweetings spotted what appeared to be the “blue screen of death” showing on the airport's information monitors. He snapped photos and shared them online late Sunday night, with the message “Suvarnabhumi is in critical condition. Four days and you don’t want to fix it?”

In a responding tweet, the administrator of the AOT's Twitter account said the issue will be reported, adding that the system at the airport is being improved.

On Monday, around 9am, a second AOT response said the work was almost finished, and only 190 out of the 1,040 screens still had the problem. 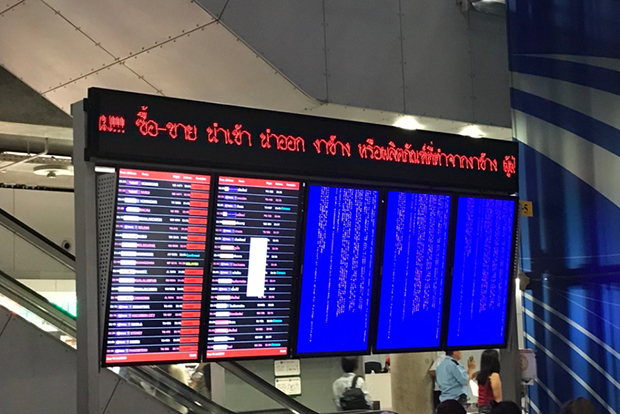 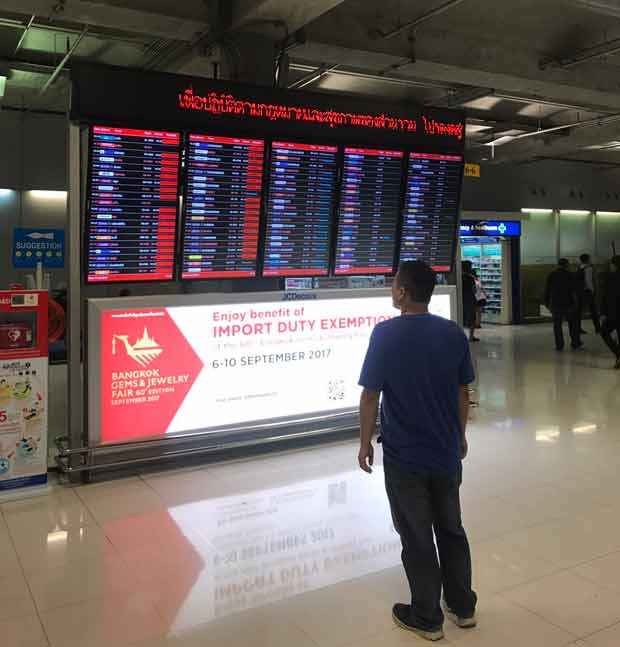 A man looks at flights information display boards at around 5.30pm on Monday. (Photo courtesy of Airports of Thailand Plc)