Residents in Ayutthaya province have suffered from the flood as of Friday. (Photo by Sunthorn Pongpao)

Water and environmental experts have voiced their support for the idea of establishing an independent central agency to administer Thailand's canals and rivers, with the caveat that opinions by stakeholders and the public must be taken into account first.

The concept was raised by Adis Israngkura, adviser to the Thailand Development Research Institute (TDRI), who said Thai water management bodies are in need of reform as their business operations are not well-coordinated.

Paranee Sawasdirak, an activist from the Civil Society Planning Network, backed the proposal but emphasised that all stakeholders must participate in giving their feedback.

"An independent central agency [or mechanism] should ensure a unified decision-making process, but the proposal still needs to be discussed and the public needs to be involved in the discussion regarding the appropriate form and model of the agency," she said.

Yossapol Boonsom, co-founder of Friends of the River, also endorsed the proposal on the grounds that such an organisation would be beneficial to local river management.

Moreover, it could act as a facilitator between stakeholders to ensure the decision-making process is more inclusive, and a mediator in the event of disputes, he said.

He further suggested setting up an independent organisation tasked with administering and managing city development projects to ensure they are transparent and inclusive.

"It's important to have an independent central agency for gathering public opinion from all stakeholders and to act as a mechanism to facilitate knowledge-based development that is inclusive and leaves no one behind," he said.

Mr Adis was speaking during a seminar on the Chao Phraya River and city development at the TDRI in Bangkok recently. 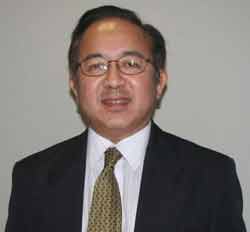 Adis: Likes the model in the UK

He cited the British "Canal & River Trust", the central agency tasked with managing the use of rivers and canals across the UK, as a good model to follow.

This could help resolve a lack of unity among government agencies in terms of river and canal management, which sometimes results in overlapping jurisdictions and work.

Central and local administrative bodies including the Royal Irrigation Department, the Marine Department and the Water Resources Department work together, but perform different tasks.

"Sometimes their work isn't coordinated, which means they aren't always pulling together in managing the nation's rivers, especially the Chao Phraya," he said.

The TDRI researcher believes that establishing an independent, central agency would foster closer cooperation and cohesion to optimise the use of local rivers.

Mr Adis said if the government agreed, such an organisation could be set up within two years. But he warned it could also be hamstrung by preexisting government bodies loath to cede their power.

The Canal & River Trust, a non-governmental organisation, was founded in 2008 to oversee waterways, reservoirs, drainage systems, piers, water-pump stations, and the preservation of waterways and aquatic animals across the UK.

"It has a duty to protect water resources from developments that could harm the environment," Mr Adis said.

The agency's advisory board members can be either elected or appointed, with some serving as representatives from relevant government agencies.

It works closely with other agencies but finances its operations from its own coffers.

The seminar touched on the controversy surrounding the government's Chao Phraya development project, particularly the scheme to build a 14-kilometre waterfront promenade.

Many NGOs are concerned the project has not been thoroughly studied, and that the public hearing conducted by the government left many stakeholders out in the cold, especially those who live near affected areas.

Sasin Chalermlarp, secretary-general of the Seub Nakhasathien Foundation, an environmental promotion group, said: "We must not build anything in the river as it will only cause further devastation.

"We should make the river cleaner, improve river tourism and make it more accessible for people to access and use the river for recreational purposes," he added.

SEOUL: Samsung Group on Tuesday unveiled a massive $356 billion investment blueprint for the next five years aimed at making it a frontrunner in a wide range of sectors from semiconductors to biologics.

KYIV, Ukraine: Russian forces on Tuesday stepped up their offensive on the last pocket of resistance around Lugansk in Ukraine's eastern Donbas region, as the conflict entered its fourth month.