YOU can get RICH with an internet BUSINESS website!

We are wondering if Alexandre Cazes took one of those spam emails seriously because the young Quebec genius set up a website and … he didn't just get rich, he got crazy rich, richer than any one-man website operator ever got rich.

And in the process he proved that anyone willing to work hard, marry right and keep a low profile can not only live the dream, not only drive, live and play in complete luxury, he can even choose the exact time and means of his death. 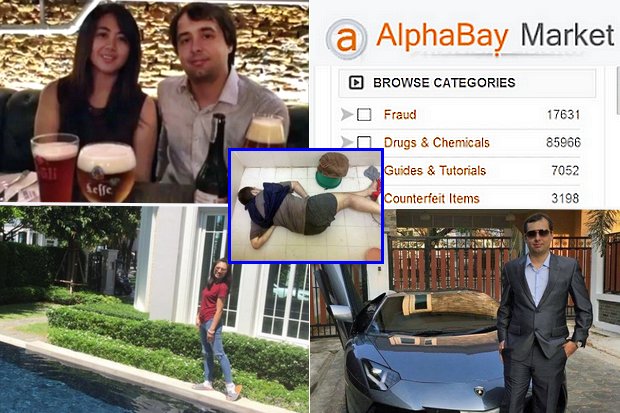 Alexandre and Sunisa Cazes had it all: Mansion, Lambo, three nationalities and overseas villas - until all of a sudden they didn't and Cazes ended his life in a holding cell toilet. (Photos various)

Cazes of course is -- well, OK, was -- the 26-year-old multi-millionaire on his way to his first billion, who chose a toilet in holding cells of the Narcotics Suppression Bureau to pack it all in. In his life he made just one stupid mistake and it cost him everything including his life.

The wife, Sunisa Thapsuwan from a close-knit Bangkok family, also lived the good life for a couple of unforgettable years. She has lost all her stuff and her liberty, but unlike the Canadian has chosen to face the music and tough it out while breathing. There even are calls -- life can be cruel -- in the West Indies to strip Ms Sunisa of her Antiguan citizenship. As of last month, the US government owns her $400,000 villa, or 14 million baht in real money, and the feeling in Antigua is that since she lost the villa, the government should take back her passport, too.

And that was a modest purchase by Cazes standards. The couple were in the process, when Alexandre messed up really badly, of purchasing Cyprus nationality by buying a two-million-dollar villa. They also were (how to put this delicately?) making further one-million-dollar arrangements with just the right Cypriot officials.

When Thai and US anti-drug agents hit the Cazes' home at Phutthamonthon on July 5, Alexandre's laptop was logged in as Admin of the AlphaBay website, which they had fervently hoped for, and it had two files open of AlphaBay.com staff, and his and Ms Sunisa's assets, which they had only dreamed of.

It's impossible now to know just why and how Cazes made the single, fatal webmaster error that brought him down. You have to consider, though, that stress contributed -- the horrible, terrible, stress that comes with having too much money. (You should press Pause while you recover from the guffaw.)

But it's true. Cazes and Ms Sunisa were making, and literally coining money so fast they may not even have been able to account for all of it. They certainly couldn't spend it all.

Cazes and Ms Sunisa got rich exactly the same way eBay and Alibaba owners got rich, except they got rich illegally. Cazes' dark website, AlphaBay, conducted every sale of drugs, counterfeit money, stolen credit card numbers, guns and much more. He simply kept a tiny percentage of each sale, never greater than 2%. A few pennies here, a couple of baht there and pretty soon you've got tens of millions of dollars, literally so rich you don't know what to do with it.

When they were busted, these are the top items they had inside Thailand.

There were 13 accounts in four commercial banks (Bangkok Bank, Kasikornbank, Siam Commercial Bank and Bank of Ayudhya) and Bitcoin Co Ltd (Thailand). Cazes had nine separate savings accounts in his name, and his wife had four, with millions of baht.

Seized property in Thailand so far includes three houses including one at SC Asset's pride and joy, the Granada Pinklao-Phetchkasem Housing Estate. The starting price for the least attractive home in that moo ban is currently 78 million baht, and the Cazes did not have the cheapest one. There also was their holiday home at Villa Torcello at Kathu, Phuket, where digs start at 16.5 million baht. 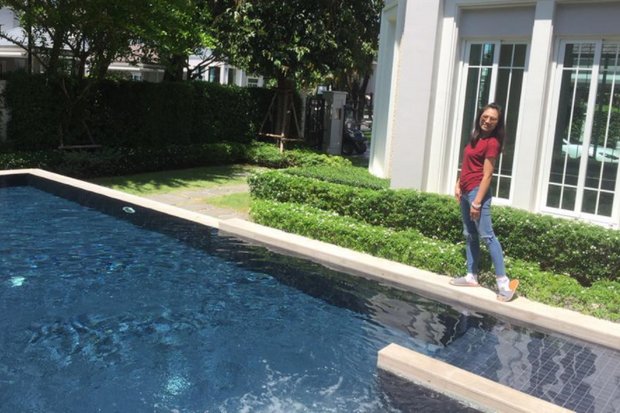 Cazes had a Lamborghini and a Porsche and a BMW motorcycle. Ms Sunisa made do with her Mini Cooper. All were paid for with cash. In their wallets when arrested, Cazes and wife had more than 1,600 bitcoins, 8,670 Ethereum, 12,000 Monero and 205 ZCash -- nine million dollars in round numbers, 306 million baht in real money. Bitcoins are going though a rough patch, their value depressed.

It's tough being rich and difficult keeping track of the nouveau riche-type purchases, but an awful lot tougher if you make a dumb error. The single break for law enforcement in nine countries came when Cazes did some house-cleaning on his website, including a revised welcome notice to new customers. Cazes accidentally put his real, primary email address at Hotmail.

After that, it took US federal agents no time to track him to Thawi Wattana district and, with Thai and third-country detectives, fix and then seize all property. Hours later, the couple themselves, blissfully unaware until their doors broke down, also were in plastic flex cuffs.

The spam email was right. You can get rich on the internet. But it didn't mention there is an end date.

A 63-year-old US national accused of defrauding bank customers has been arrested in Hua Hin one day before the statute of limitations expired, police said on Friday.