Monday is deadline for illicit pages

The internet censors have given Facebook and YouTube the weekend to block every web page ordered by the court - or face legal retaliation.

Internet service providers (ISPs) have received an ultimatum from the telecom regulator: either block web pages prohibited by court order by Monday or be legally prosecuted and potentially lose the licence to operate.

The National Broadcasting and Telecommunications Commission (NBTC) is demanding that local ISPs remove the last batch of illicit web pages by Aug 7.

The regulator's call is a thinly veiled attempt to pressure Facebook and YouTube to fall in line. The government, which failed to rein in those companies directly, is now seeking to pit the ISPs against them.

ISPs, faced with the risk of losing their licences, could be forced to close content delivery networks, which function as the local servers for the tech giants.

"We suggest that Facebook and YouTube help ISPs remove the web pages," said NBTC secretary-general Takorn Tantasith. "These ISPs are registered in Thailand and must comply with Thai law and court orders."

"They should take care of the remaining 99% of the content," Mr Takorn said. 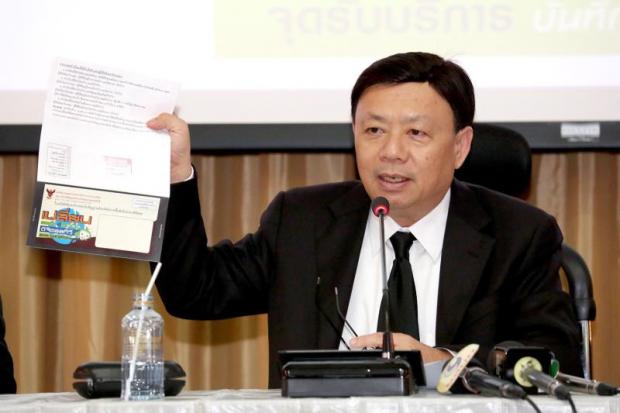 The NBTC held a meeting Thursday with representatives of the Thai Internet Service Provider Association (Tispa) to follow up on removal of the second batch of illicit pages.

As of Thursday, 1,834 of the pages had been removed, leaving three days for the remaining 1,786 to be cleared out.

"The figures surprised me because the illicit web pages removed by Facebook and YouTube were fewer than expected," Mr Takorn said.

The NBTC will call on Tispa to follow up again on Monday.

"Tispa must show an appropriate reason clarifying why if the prohibited content is still there," Mr Takorn said.

The NBTC will also hold a meeting with the Digital Economy and Society (DE) Ministry and the Technology Crime Suppression Division (TCSD) on Tuesday to consider measures to tackle any remaining illicit web pages.

"It's too early to say what we will do after Aug 7, but definitely the ISPs cannot run a business violating the court orders and Thai law," Mr Takorn said.

He noted that the DE Ministry holds direct authority to use the Computer Crime Act to regulate illicit online content, through a collaboration with the TCSD.

The NBTC, meanwhile, is the regulator overseeing ISPs.

With 131 web pages left, state agencies gave an ultimatum to ISPs in April to remove them all by a May 16 deadline.