Former energy minister Pichai Naripthaphan has reported to the Technology Crime Suppression Division (TCSD) to acknowledge charges against him for allegedly posting online false comments on the government's economic policies. 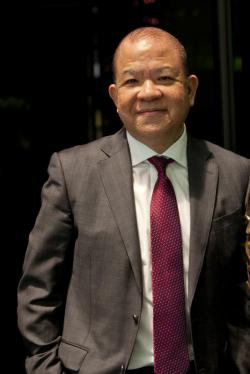 He said he went to meet TCSD police on Friday to declare his innocence.

Mr Pichai also said he could not see how any part of his online postings, including one on a university scholar comparing the Thai economy to the "boiled frog phenomenon," could be deemed illegal.

He was speaking to reporters yesterday, following a two-hour meeting with police officers.

The outspoken former energy minister from the Pheu Thai Party, known for his criticism of the military-led government, was accused by Col Burin Thongprapai, an army staff judge advocate, of violating the Computer Crime Act for "entering false information onto a computer system" during July 26 and 27 when he posted comments on his Facebook page and in some newspapers.

The controversial postings were mainly comments on the economic policies of Prime Minister Prayut Chan-o-cha and his reference to the boiled frog phenomenon mentioned by a Thammasat University scholar.

The boiled frog phenomenon, used in a managerial context by American scholar Noel Tichy, says a frog which is put in hot water will jump immediately, another put in cold water that gradually heats up will boil to death. The latter frog is used to illustrate a situation where someone is too slow to notice negative changes.

It is the fate of the second frog which was used by the Thai scholar, warning some business sectors against slow adjustment to change.

Mr Pichai said he posted the comment with clear reference and used economic figures obtained from the government to back his analysis. It is a expression of opinions from overseas, so he said he did not understand "what I did illegally".