Police search the bedroom of Rachin Tantranont, 38, a Chiang Mai municipal councillor, during a raid on his house on Saturday morning. (Photo by Cheewin Sattha)

CHIANG MAI: A municipal councillor and son of a former Chiang Mai mayor is among four people who have been arrested for suspected involvement in selling cocaine via the Line messaging application.

Police earlier obtained information that a group of wealthy people had smuggled cocaine into Chiang Mai and were selling it at entertainment venues and other locations. 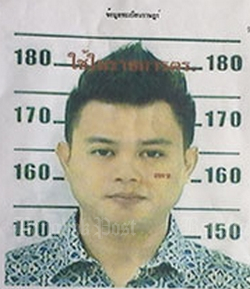 Their investigation led to the arrest of Supachot Matshubara, 38, near the Mae Hia market on Friday evening. When they searched the Honda HR-V he was driving, they found seven packages of cocaine apparently ready to be delivered to his customers.

Police said Mr Supachot confessed after they examined his mobile phone and found that he and three others had used Line to contact customers. He repoprtedly told investigators that the drugs had been delivered from Bangkok for sale at nightspots in Chiang Mai.

Two other men -- Bancha La-orchairangsri and Kan Kanthatham, both 38 -- were later caught in front of Mr Kan’s house while they were about to pick up the illicit drugs, police said. Some cocaine was seized from the house.

All three suspects confessed to illegal possession of illicit drugs with intent to sell, police said. They reportedly told police they had set up a Line group with four partners to invest in cocaine trading. They claimed they purchased 20-gramme packages of cocaine for 53,000 baht, mixed it with powdered paracetamol and put it into half-gramme packets. They sold the packets to wealthy pub-goers at 2,500 baht each, yielding a profit of almost 100% on their original investment.

The suspects implicated Mr Rachin, who was the owner of the Honda HR-V, as their partner in the illicit drug trade. Police are now seeking court approval to arrest him on drug charges in addition to the weapons charge. 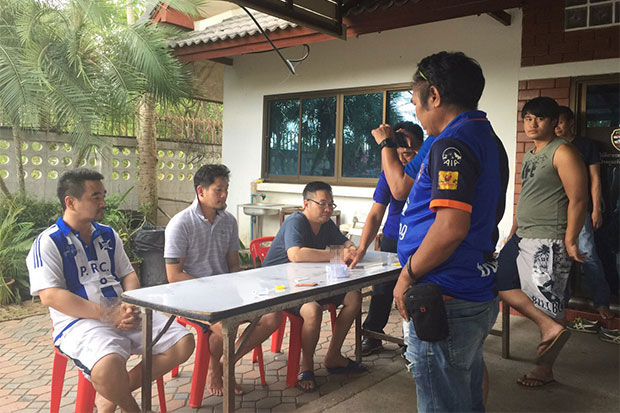