Riverside communities in six districts of Ayutthaya are flooded after the Chao Phraya Dam in Chai Nat increased its discharge rate to accommodate the flood surge from the North. (Photo by Sunthorn Pongpao)

The dam in Chai Nat has discharged water at an increased rate of 1,498 cubic metres of water per second for four consecutive days, causing flooding in riverside communities along the Chao Phraya and Noi rivers in Ayutthaya province.

The discharge was made necessary by the flood surge from the North moving downriver into the reservoir.

Sena district chief Anukul Ruenkaew on Thursday took soldiers from the 27th Calvary Battalion to see the flooding in tambon Hua Wiang after the Noi River burst its banks, sending huge amounts of water into the community.

Many families were affected. Floodwaters rose to over 50cm and some low-lying areas were almost one metre under water. The water level in this community was continuing to rise and it was expected to persist for a month.

Residents on Thursday raced against time to move their belongings to upper floors. Some householders had to leave their flooded homes and seek shelter in tents set up by local authorities.

Disgruntled residents raised doubts over the figures given for the discharge rate, saying they believed the dam released more water than stated.

Somsak Maneerat, kamnan of tambon Tha Din Daeng in Phak Hai district, said people did not believe the Royal Irrigation Department’s figure of 1,498 cu/m per second and that it would not exceed 1,500 cu/m per second.

They strongly believed it was higher.

They also questioned the RID’s water drainage management in draining northern runoff into downstream areas from the dam. This left no room for the northern flood surge to be drained to other channels of the Chao Phraya River, he said.

If the irrigation authorities ignored the plight of residents living downstream, they would petition the prime minister and seek the establishment of a tripartite committee on water management for the Chao Phraya Dam.

The panel must include representatives of affected residents, Mr Somsak said. 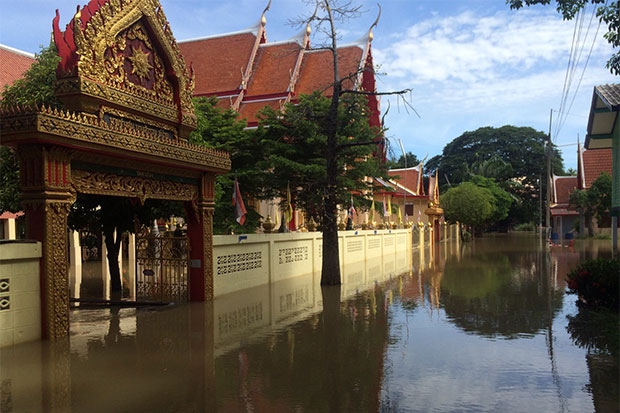 A temple in Phak Hai district of Ayutthaya is flooded. (Photo by Sunthorn Pongpao) 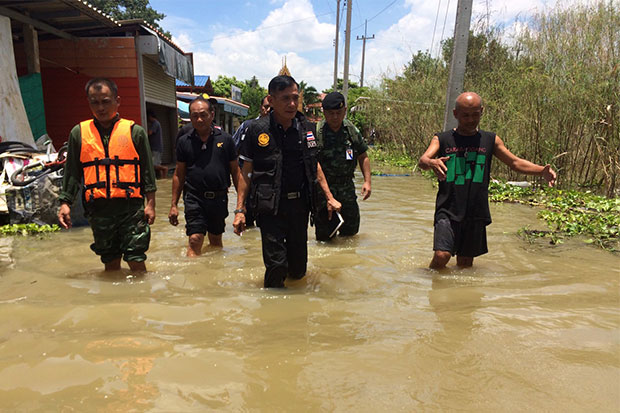