Executives of OA Transport Co and its five affiliates have claimed they are victims of the zero-dollar tour scandal themselves, after being implicated in the alleged scam.

Though the Criminal Court late last month acquitted them of charges, including collusion to reap benefits from tourists, due to insufficient evidence, prosecutors are preparing to appeal against the ruling. According to the company's estimate, damages to the family's businesses should reach several million baht.

"We can't say when we'll resume our businesses," Saithip Rojrungrangsi, an heir and executive of the embattled OA Transport, said Tuesday. She said she and other executives are struggling to deal with a possible new round of their legal battle. 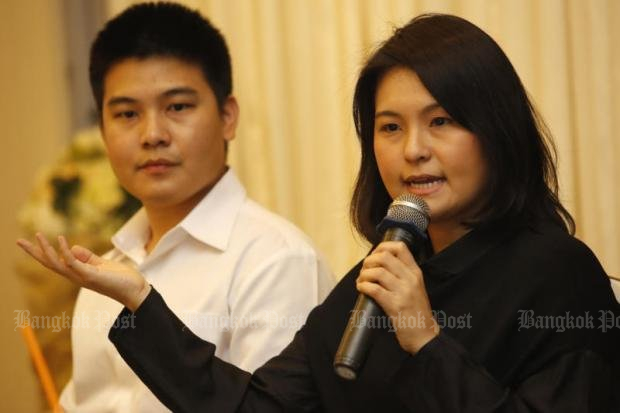 Saithip Rojrungrangsri, (with microphone) executive of embattled OA Transport Co, accused of being involved in a zero-dollar tour scandal, talks to the press. (Photo by Wichan Charoenkiatpakul)

After being charged in September last year, thousands of the company's buses and huge amounts of cash were confiscated.

"It's as if a tsunami is flooding our businesses -- a huge disaster we had no time to brace for," she said tearfully.

The businesses employ 1,000 workers. The damage to the firms was severe, but that cannot be compared with the severe impact it has had on the feelings of her family, who first started their business 20 years ago, she said.

Ms Saithip, together with three family members, were among 13 suspects, including six companies and shops run by her family. All were accused of being involved in a zero-dollar plot that lured mainly Chinese tourists into buying cheap tour packages in Thailand where they were forced to spend money on unusually expensive souvenirs and services.

Other suspects are Somkiat Khongcharoen, 58, managing director of Fuan Travel Co, Thawal Jaemchokechai, 60, an executive of Fuan Travel, and Winit Chantharamanee, 70, a manager of the same firm.

Ms Saithip's family-run businesses were suspected of involvement in the scam since, according to prosecutors, OA Transport provided bus services to Chinese tourists who were allegedly driven to shops owned by other companies and shops connected with OA Transport.

Ms Saithip denied accusations that any of the companies were involved in the alleged scam.

She said her family was dragged into the scandal after OA Transport leased buses to two tour companies that allegedly provided dishonest services.

She later learned the companies had their tour operators' licences revoked after their executives were reportedly found to be using fake Thai identity cards to apply for the licences. 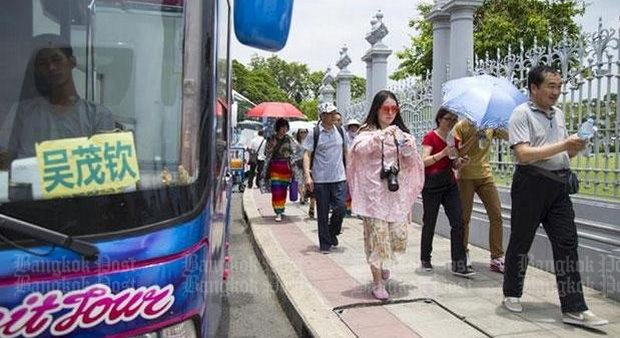 The government's pursuit of what it insisted was the 'zero-dollar scam' caused an immediate drop of Chinese tourist arrivals by 20%. (Bangkok Post file photo)

Because the companies were clients of OA Transport, the family may be viewed as having played a role in the scandal, she said. Ms Saithip said her family faced many accusations ranging from collusion, to hatching illegal itineraries, to money laundering.

According to the court ruling, there was not sufficient evidence to back a charge that the suspects made illegal money transactions. The ruling was handed down on Aug 25, nearly a year after prosecutors brought the case to court in October last year.