CHON BURI - The ground-breaking ceremony was held on Monday for the construction of a new ferry terminal at Chuk Samet deep-sea port in Sattahip, part of the infrastructure development for the Eastern Economic Corridor (EEC).

Royal Thai Navy commander Adm Na Arreenich presided over the event at the pier in the grounds of the navy base in Sattahip district of Chon Buri. 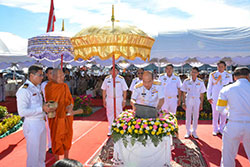 Chuk Samet has been chosen for devlopment as a port serving cruises, cargo vessels and ferries linking Pattaya, Chon Buri and Rayong with other destinations, including Koh Chang in Trat and Hua Hin district across the Gulf in Prachuap Khiri Khan province.

The 6,000-square-metre space inside the terminal will have souvenir shops, a food court, ticket counters and boarding areas, according to the navy. It one of 13 projects with total estimated cost of 2 billion baht to be undertaken by the navy under the EEC blueprint.

The government is campaigning to attract local and foreign investors to the EEC development, hoping that innovation-driven industries will move the country out of the middle-income trap. 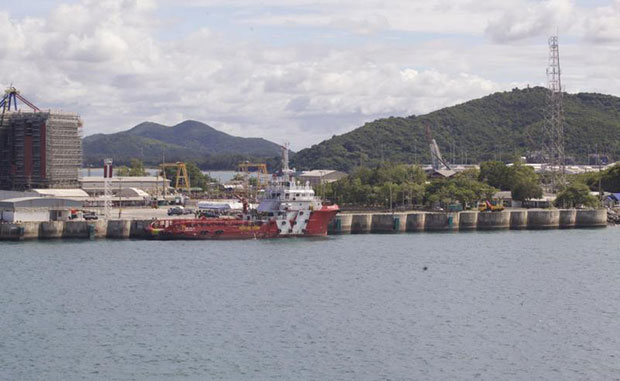