Only half of the shattered patrol pickup truck remained intact after the bomb blast on a road in Pattani's Sai Buri district on Friday morning. Four ranger volunteers were killed and five others and a civilian injured. (Photo by Abdulloh Benjakat)

PATTANI: Four ranger volunteers were killed and five others and a civilian hurt when an improvised bomb buried under the road was detonated in Sai Buri district on Friday morning.

The bomb was buried under a road in tambon Taping and went off around 6.15am as a military pickup truck carrying a nine-member patrol drove over it.

Explosive ordnance disposal (EOD) officers estimated the bomb weighed about 80kg. It was packed into a cooking gas cylinder and detonated by a radio signal.

A plastic box containing electrical circuit boards and batteries was found near the scene of the attack.

Five rangers were sitting inside the cab of the pickup, and the four others on the back. They were patrolling the road providing protection for teachers.

The area where the attack occurred is being dug up for the installation of water pipes. When the patrol arrived there, the four rangers on the back got off to walk alongside the vehicle.

The bomb had been hidden under the road and was detonated immediately beneath the vehicle. The force of the explosion tore the vehicle in two, detaching the cabin section and demolishing the bed.

Four of the five rangers inside the cab died on the spot. Five others, including the four on foot, were injured, two seriously.  A woman civilian who was passing by was also hurt. 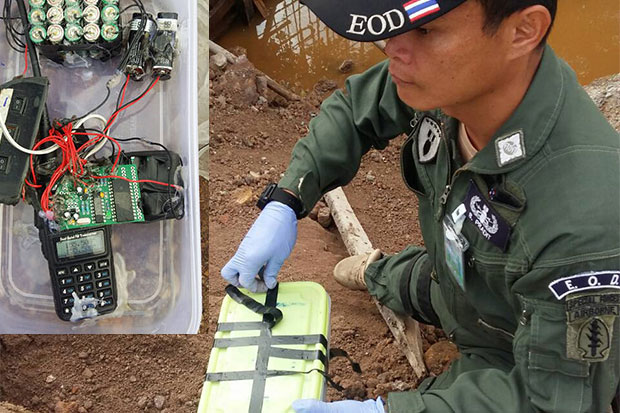 The plastic box containing batteries and electrical circuitry and a walkie talkie found near the bomb scene. (Photo by Abdulloh Benjakat) 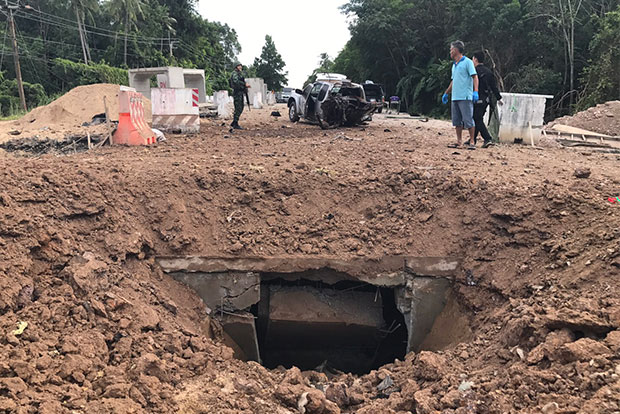 The blast scene, on a section of road where a water pipe is being installed in Pattani's Sai Buri district. (Photo by Abdulloh Benjakat) 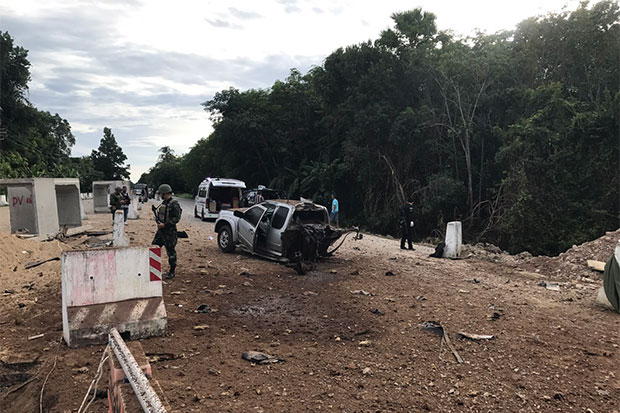 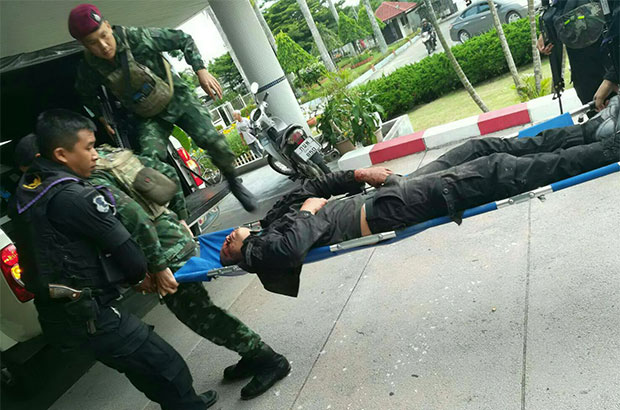