Supoj gets 10 months over asset silence

Former permanent secretary for transport Supoj Saplom has been sentenced to 10 months in jail for failing to declare assets in a high-profile case that came to light after a burglary that took place at his house. 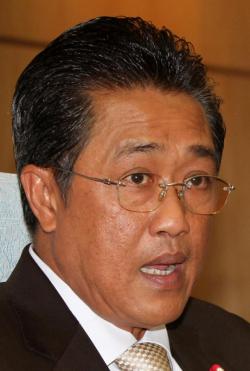 Supoj was sentenced yesterday by the Supreme Court's Criminal Division for Holders of Political Positions, which has jurisdiction in cases involving assets declarations by both political officeholders and government officials. The prison term was not suspended.

The court found him guilty of intentionally failing to declare 17.55 million baht in cash and a Volkswagen Caravelle van worth about 3 million baht in five asset declarations while permanent secretary and director of transport state enterprises.

The National Anti-Corruption Commission (NACC) investigated his wealth after burglars broke into Supoj's house in Wang Thong Lang district on the night of Nov 12, 2011, while he was at his daughter's wedding reception.

The commission filed the case against Supoj with the court after finding he was unusually rich.

The Civil Court ruled in January, 2014, that 46.14 million baht in assets should be seized from Supoj and his family for being unusually wealthy.

The Appeal Court on Nov 11, 2015, upheld the lower court's seizure order and then raised the amount to be confiscated by another 18 million.