Leaders or high-level representatives of at least 30 countries have said they will attend the royal cremation ceremony of the late King, while more are expected to join, says Foreign Minister Don Pramudwinai.

While noting the government is unable to confirm the exact number of foreign delegates, Mr Don said yesterday more than 30 countries have expressed their wish to attend the cremation ceremony scheduled to take place next week.

He said the number is expected to increase as the ceremony approaches.

According to Mr Don, appropriate arrangements to receive the guests are being made by the joint command responsible for the royal cremation.

He said while the Foreign Ministry did not send out invitations for next Thursday's ceremony to any countries, foreign governments are welcome to send their representatives and the government is ready to receive them.

Mr Don also said Thai embassies and consular offices overseas have made arrangements for Thais abroad to place sandalwood or cremation flowers at their premises in memory of the late King.

However, he said the ministry is yet to decide whether the placing of cremation flowers abroad will take place at the same time as the ceremony in Thailand, adding the details will be announced soon.

As of yesterday, Singapore was the latest country to confirm its participation in the royal cremation ceremony.

According to the Singapore Embassy in Bangkok, President Halimah Yacob will visit Bangkok from next Thursday to Friday to attend the ceremony for the late monarch.

President Halimah will be accompanied by Mohamed Abdullah Alhabshee, and officials from the President's Office and the Ministry of Foreign Affairs during her visit.

Meanwhile, the King of Bhutan Jigme Khesar Namgyel Wangchuck has announced mass prayers at Kuenselphodrang in the capital of Bhutan will be held next Thursday in honour of the late monarch.

The prayers will be chaired by Bhutan's monastic chief as the King of Bhutan and his wife Queen Jetsun Pema will attend the royal cremation ceremony in Thailand.

Sixteen roads around Sanam Luang will be closed at 3pm until the ceremony is completed.

Deputy Prime Minister Gen Tanasak Patimapragorn yesterday took part in the rehearsal of the lifting of the umbrella atop the royal crematorium.

Interior Minister Anupong Paojinda said the construction of 878 sandalwood flower pavilions and royal crematorium replicas in the provinces has been completed.

He said authorities will have to finish the landscaping which is expected to be completed in a few days, and the rehearsals for activities to take place next Thursday will be held next.

Gen Anupong said security agencies have been working to ensure public safety and so far there have been no signs of disorder or suspicious activities.

In Bangkok yesterday, large crowds continued to pay their respects before the portrait of the late King outside the Grand Palace.

His Majesty the King has granted permission for the public to place fresh flowers and pay their respects before the portrait at the Wiset Chaisri Gate around the clock after the palace gates were closed on Oct 5 to prepare for the royal cremation ceremony.

Mourners are permitted to visit the site on most days except this Saturday and Sunday due to rehearsals for the royal cremation processions which will still be under way.

They are required to show their ID cards when going through security checkpoints.

Besides at the Grand Palace, the Miracle of Life Foundation is joining with the Bangkok Metropolitan Administration and Pak Klong Talat community to decorate 400 metres of Chakkraphet Road with flowers.

More than 10 million fresh flowers will be used in the decorations which will be on display from Saturday through to next Friday.

A candle-lit ceremony will be organised on Saturday at 7pm. 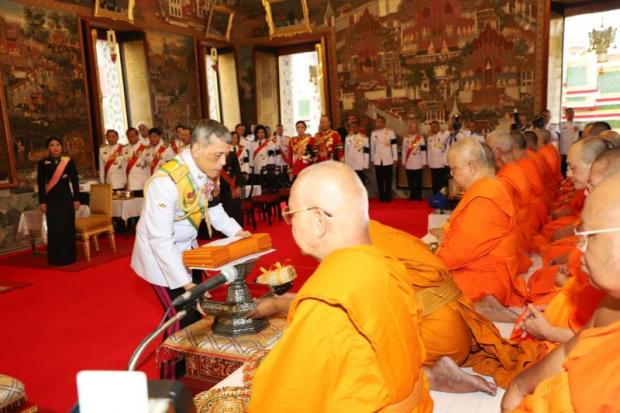