A crane's sling breaks while the crane lifts construction materials to the upper floors of a hospital building in Si Sa Ket's Muang district on Saturday, resulting in the deaths of two workers. (Photo by Sarawut Mahawetpadthong via Sanoh Worarak)

SI SA KET: Two workers were killed and one injured when a sling broke as a crane lifted building materials to the upper floors of a seven-storey hospital building under construction in Muang district on Saturday.

The accident occurred at the construction site of the patient building in the compound of Si Sa Ket Hospital, said Pol Capt Pramuan Yuanyee, a duty officer who was alerted at 11.30am.

Before the accident, three workers had loaded rubber floor tiles to be lifted to the top floor of the seven-storey building. When the load reached the fifth floor, a sling suddenly broke. One of the workers managed to jump into the building shortly before the sling broke and is being treated for his injuries.

The other two workers fell from the crane with the rubber floor tiles falling on them. Charnnarong Kurachinda, 21, and Thongbai Kantabut, 29, were badly hurt and died shortly after being taken into the hospital.

Muang municipality mayor Chatmongkhol Angkhasakulkiat ordered the contractor to halt construction work pending an investigation into the cause of the accident. 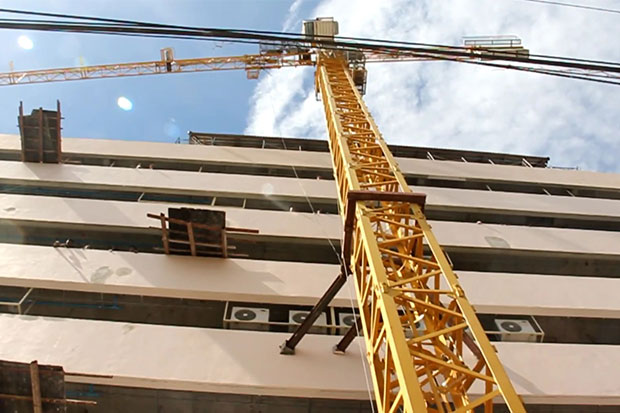 A crane lifts construction materials to the upper floors of a hospital building in Si Sa Ket before the sling broke. (Photo by Sarawut Mahawetpadthong via Sanoh Worarak) 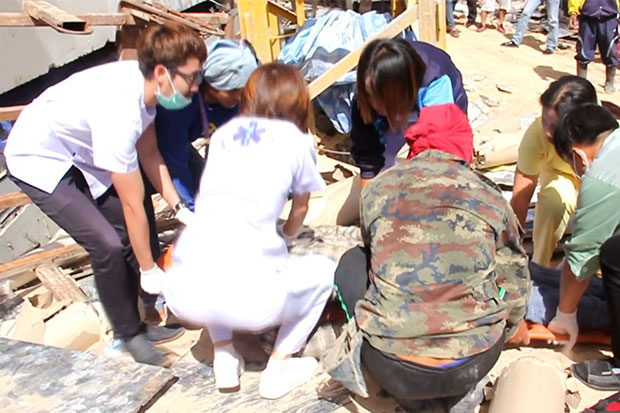 Hospital staff try to save the life of a worker after he and a colleague fell from the crane. (Photo by Sarawut Mahawetpadthong via Sanoh Worarak) 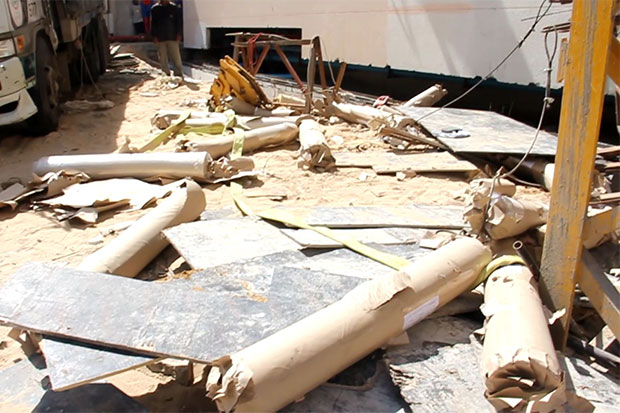