The temperature in Chiang Mai has dropped to minus two degrees Celsius on Doi Inthanon Wednesday morning as the cold spell continues to cover most parts of Thailand, including the normally hot and humid Bangkok.

It was the first time this winter that the scenic mountain in Chom Thong district encountered the weather below the freezing point, but this even drew a bigger crowd of tourists eager to brave the cold. 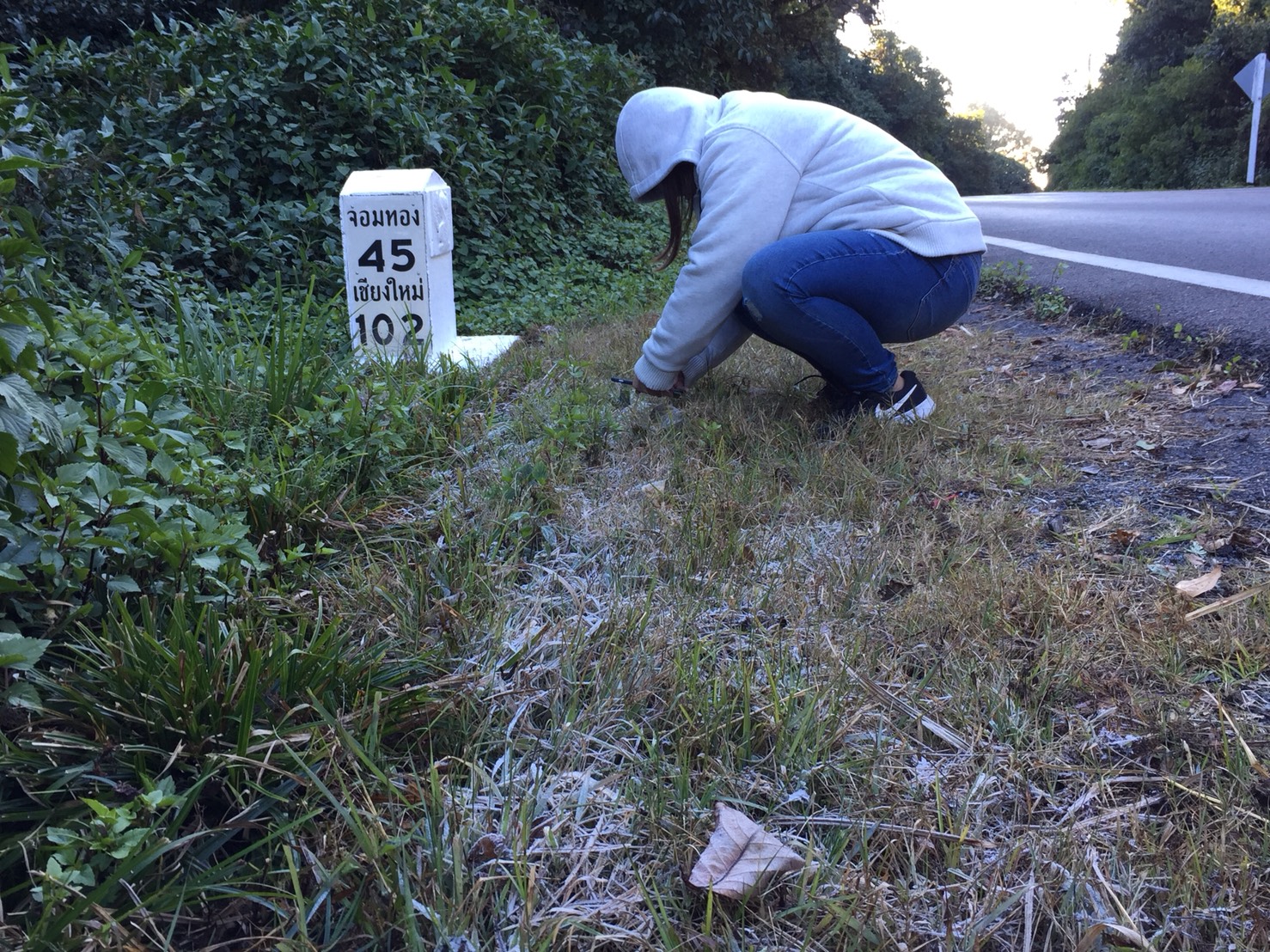 A tourist is drawn to 'mae khaning', or frost, on roadside plants during her trip to Doi Inthanon in Chiang Mai. (Photo from Doi Inthanon National Park)

People continued to visit Doi Inthanon National Park where mae khaning, or frost, on plants impressed them, according to Manager Online.

The Meteorological Department announced late Tuesday night temperatures would continue to drop on Wednesday by between 1C and 3C in northern and northeastern Thailand.

Bangkokians will also enjoy the cool weather until Thursday before it gets a bit warmer over the weekend, the department said. The mercury was  21C to 22C before noon in Bangkok on Wednesday and another wave of cold was forecast for next week.