The singer has raised more than 1.1 billion baht, far exceeding his 700-million-baht target, by calling for small donations from all Thais. The money will be donated to 11 state hospitals nationwide to buy essential medical equipment.

Toon started the final day of his marathon at 2.30am from Muang district, using Phahon Yothin Road toward the northernmost point of Thailand at the Thai-Myanmar the border. He ran 61.5 kilometres on Monday to reach the destination.

Toon reached the target distance of 2,191km in Mae Chan district and continued for another 24km to the finish line, for a total distance of 2,215km. (continues below) 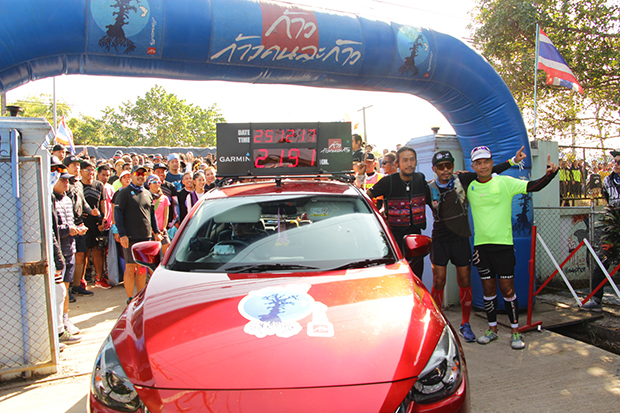 Toon reached the goal of his 2,191km run in Mae Chan district on Monday morning, and then continued on. (Photo by Chinnaphat Chaimol)

He started his journey on Nov 1, leaving from Betong district of Yala province. The rocker has run through 20 provinces.

Toon reached his final destination to a warm welcome from people in Chiang Rai. More than 100 local artists in Chiang Rai had waited to greet him in tambon Ban Du of Muang district since 2am. He had planned to reach this checkpoint on Sunday evening but cut short his run due to injury. 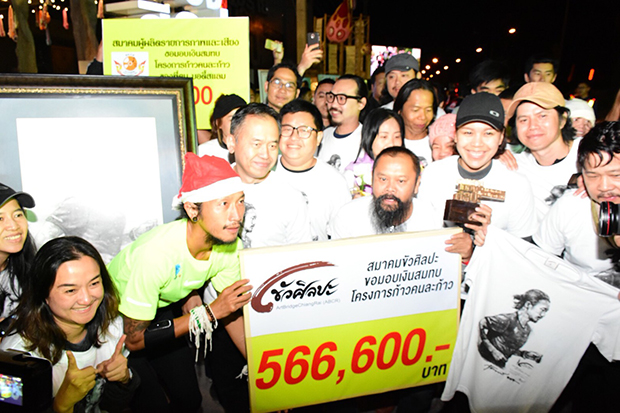