Road deaths at 423 after final day of NY holiday

A damaged bus lies beside highway 117 in Bang Rakham district of Phitsanulok after ploughing through roadside stalls on Tuesday, slightly injuring the driver and his assistant. No passengers were on board. (Photo by Chinnawat Singha)

The holiday season road death toll rose to 423 on Wednesday, the final day of the "seven dangerous days" of New Year travel, with Nakhon Ratchasima the province with the most deaths.

A total of 423 people died on the roads during the seven days and 4,005 others were injured in 3,841 crashes across the country from Dec 28 to Jan 3, according to the latest report from the Road Safety Directing Centre released on Wednesday.

On Wednesday, a total of 40 people were killed and 402 injured in 386 road accidents nationwide.

The highest number of road accidents over the seven days was reported in Udon Thani, with 139. 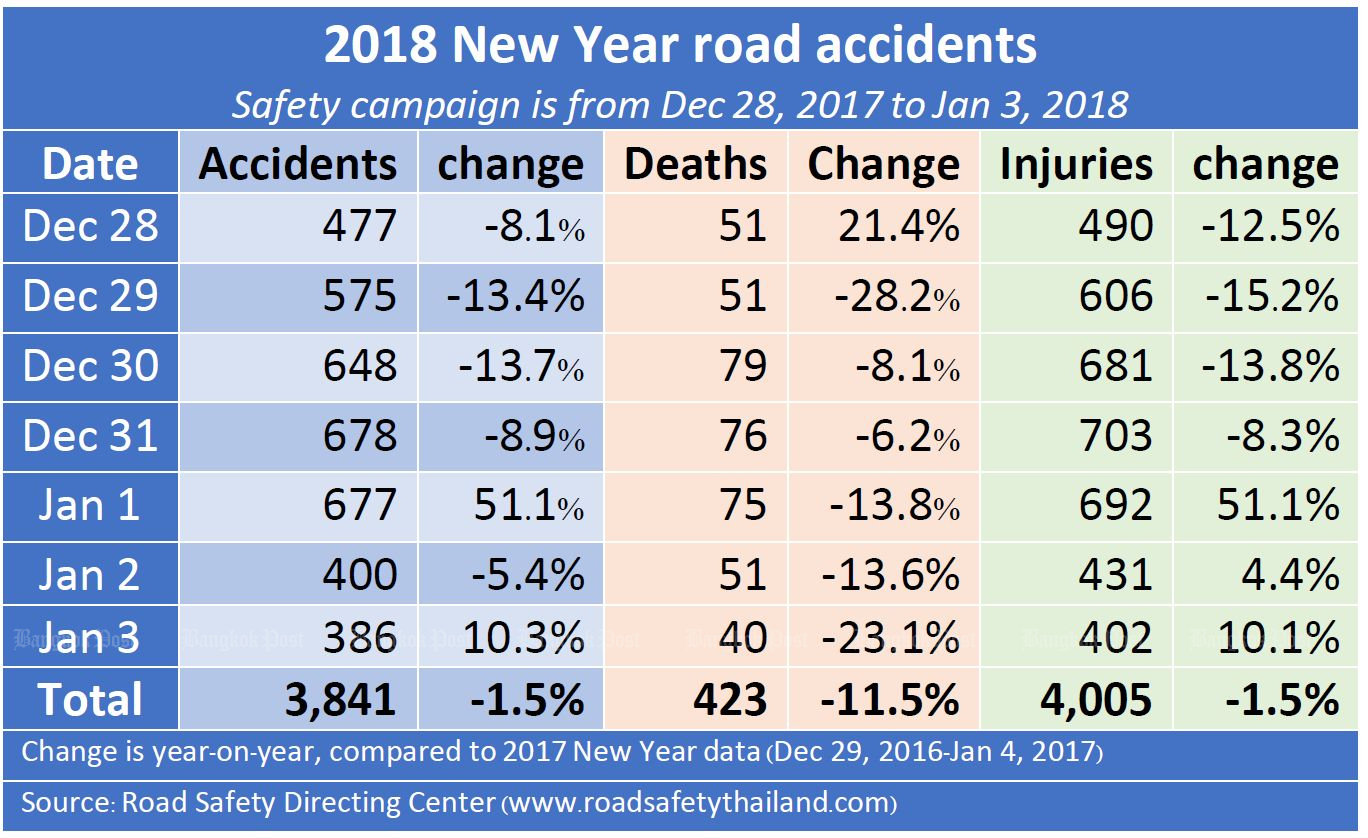 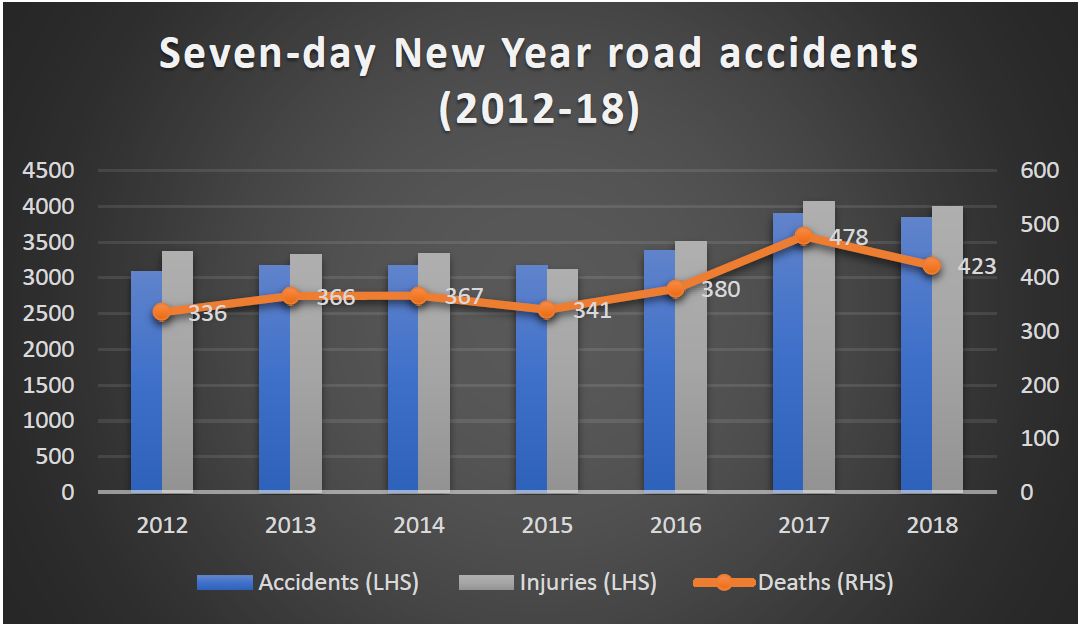