PHICHIT: A fugitive couple, a Thai woman and a Frenchman, wanted for the murder of an Italian man, her husband, 10 days ago in Phichit have both been apprehended by police.

Amaury Rigaud, 33, was caught on Sunday evening at a camp in a forest where he and Rujira Klaylamai, 38, were hiding in adjoining Kamphaeng Phet province's northern Kosamphinakhon district.

She fled and was arrested on Monday morning in a longan orchard close by in Wang Chao district of neighbouring Tak province.

Police said she was pretending to be a worker trimming branches off trees in the orchard. She seemed exhausted after a night on foot fleeing arrest.

Police also quoted the Frenchman as alleging Ms Rujira and a Thai man murdered her husband, Giuseppe De Stefani, 61.  At the time of the murder he was in a rented room in Pho Prathap Chang district of Phichit. He later helped her escape, the suspect said.

De Stefani's body was discovered in a forest near Bueang Thap Chan, a freshwater pond in Bung Na Rang district of Phichit on Jan 19.

Police allege the couple killed De Stefani, cut up his body and burned it in a bonfire of rubber tyres near the reservoir. The Phichit Provincial Court last Wednesday issued warrants for their arrest as requested by police.

After a week on the run, the couple were tracked down to Kamphaeng Phet, where a local resident spotted the suspects' getaway car in the forest in Kosamphinakhon district, near Tak province.

In addition to a tent and other camping equipment, a Toyota Yaris with Samut Songkhram licence plates was found at the camp. The car was originally a bronze colour but had been repainted black. 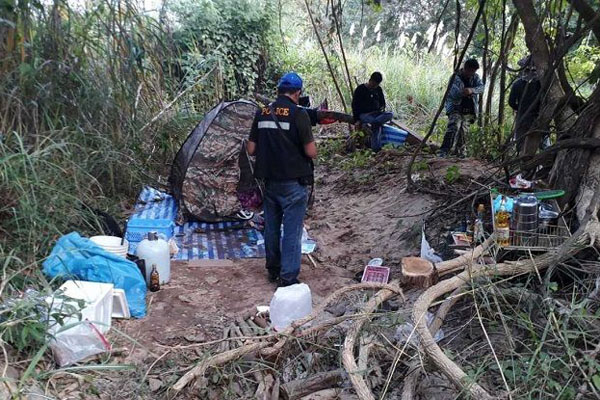 Police examine the campsite where the fugitive suspect was arrested. (Photo by Sitthipoj Kebui) 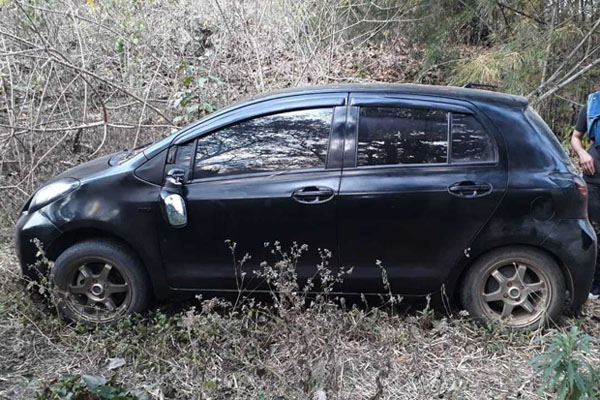 NAIROBI - William Ruto was Monday declared the victor of Kenya's hard-fought presidential poll, but the outcome sparked a split in the election commission and some violent protests in his defeated rival's strongholds.

13 tonnes of seized drugs to be destroyed on Aug 30