A 35-year-old Brazilian woman is pictured next to an X-ray of her stomach, showing 60 round objects found to be cocaine, at Suvarnabhumi airport. (Photo by Suthiwit Chayutworakan)

A Brazilian woman was arrested at Suvarnabhumi airport after an X-ray found 60 packets of cocaine inside her stomach on Wednesday.

Jozezelly Mendes Wanzeler, 35, a Brazilian national, was taken for interrogation by customs officials and drug suppression officers on suspicion of smuggling. The tourist was later asked to undergo an airport X-ray scan, which revealed numerous round objects in her stomach.

The arrest came after drug suppression officers based at the airport received a tip-off that a Brazilian woman boarding Ethiopia Airlines Flight ET628 to Thailand had swallowed illicit drugs. The officers asked customs and airport officials to help monitor the arrivals, and they later spotted the woman walking in the passenger terminal. She was acting suspiciously, they said.

Authorities had yet to give details about the quantity of cocaine found in her stomach. 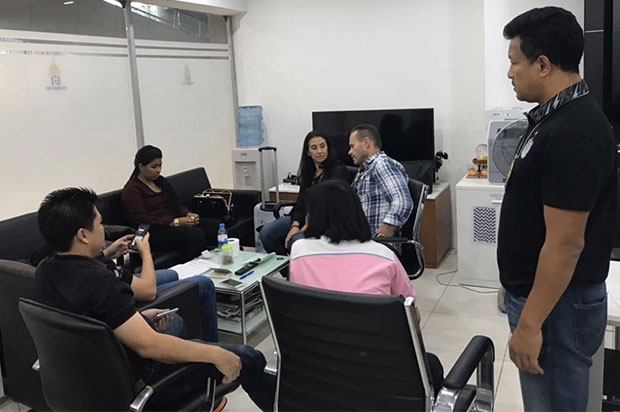 A Brazilian woman is interrogated by airport officials. (Photo by Suthiwit Chayutworakan)