Explosive ordnance disposal police gather evidence at a site in Yaring district in Pattani province where a bomb went off on Sunday. (Photos by Abdulloh Benjakat)

PATTANI: The district officer and a woman were slightly injured in two bomb explosions which occurred in Yaring district on Sunday morning, police said.

The first bomb went off at about 8.25am at a signboard in front of Yaring School in tambon Yamu. A woman, Somjin Suebprasit, 57, was slightly injured in the explosion.

The second blast occurred at about the same time on a road by Yaring School. Adul Meensen, the Yaring district officer, sustained a minor injury.

About an hour later, another two bombs exploded in tambon Khao Tum of Yarang district. The first blast was from a bomb placed in the basket of a bicycle parked on Highway 410 and the second from a small bomb laid at a spot about 100 metres away.

There were no reports of deaths or injuries in the latter two explosions.

Earlier, at about 5.30am, a suspicious object was found on Tha Sadet road in tambon Taluban of Sai Buri district. Police went to the scene to examine the object, and found it was a pipe bomb. It was subsequently defused.

Two other bombs were also reported to have been found at three other spots in the Taluban Municipality. Police were investigating. 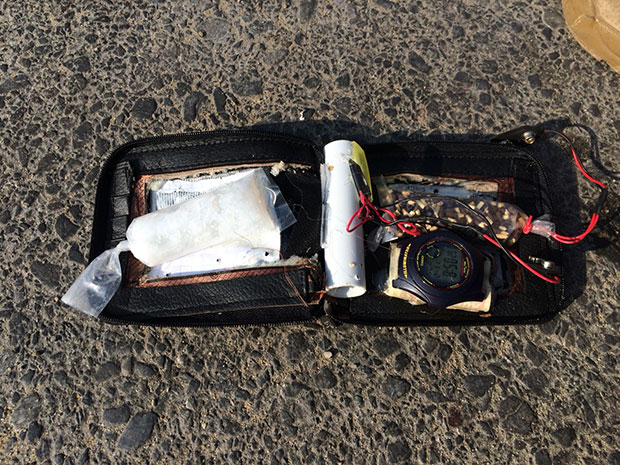 A device used to detonate a bomb is found in Yaring district in Pattani province on Sunday.

The cabinet on Tuesday approved the extension of the "Rao Tiew Duay Kan’" (We Travel Together) tourism stimulus campaign to cover an additional 1.5 million people.