Police and soldiers detain former soldier Kritchapol Poolsil, 53, on Monday night after a small cache of bombs was found by a cleaner at a rental apartment in Nonthaburi's Pak Kret district. (Photo: FM91 Trafficpro)

A former soldier from Yala province was detained for questioning shortly after a cleaner found a grenade, six small bombs and a stash of giant firecrackers in a rental room being prepared for a new tenant in Nonthaburi on Monday night.

According to police, the detained man admitted working for fugitive Wuthipong “Kotee” Kochathamakun, a leader of a group of hard-line members of the red-shirt United Front for Democracy against Dictatorship (UDD) who is wanted for lese majeste.

Pol Capt Somphot Suebwongsakon, duty investigator at Pak Kret police station in Nonthaburi, said the discovery of the explosives was reported about 8.30pm on Monday.

They were found in room No.2/28 in Tower 10 of Muang Thong Thani condominium complex in Pak Kret district, according to Thai media reports.

A police rushed to the scene found an untidy room with items scattered around it, including a bag sitting in one corner. The room appeared to have been unused for a long time.

Inside the bag, the police found one functioning M26 grenade wrapped in a blue net bag, which an explosive ordnance disposal (EOD) team later took care of.

Around 10pm, police spotted a man walking in the direction of the room being searched suddenly turn back and walked away. When police followed him he began to run away.

He was apprehended and identified as Kritchapol Poolsil, 53, a former soldier from Yala. (continues below) 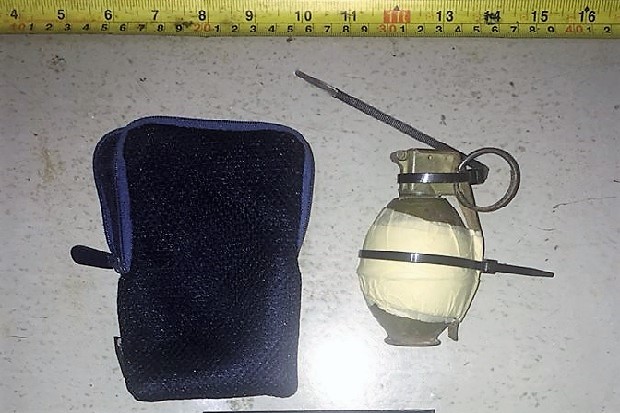 he M26 grenade and net bag it was found in. (Photo: FM91 Trafficpro)

Investigators learned he had rented the apartment room at least five years ago and had not paid the rent,  electricity or water bills for so long the owner found a new tenant to replace him, reports said.

A woman cleaner sent to prepare the room for its new tenant found the bombs.

Mr Kritchapol was reportedly taken to the 11th Military Circle for further questioning.

Deputy national police chief Srivara Ransibrahmanakul arrived at the scene about 11pm and told reporters the detained suspect was one of 27 people of interest that police were closely watching.

According to Pol Gen Srivara, the suspect admitted he worked for “Kotee” Kochathamakun, a hardline member of the red-shirts who reportedly fled to Laos to evade lese majeste charges.

The explosive devices found in the apartment room were similar to those used in the attacks at Ratchaprasong intersection in 2014, Pol Gen Srivara said.

Mr Kritchapol allegedly admitted the cache belonged to him. 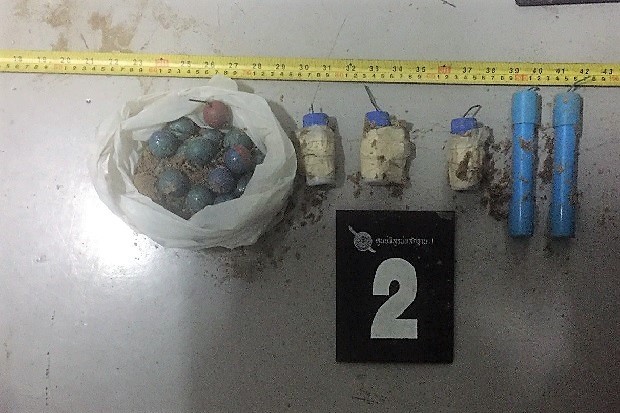