Surrogate babies that Thai police suspect were fathered by a Japanese businessman who then fled from Thailand are shown on a screen during a news conference at the headquarters of the Royal Thai Police in Bangkok August 12, 2014. (Reuters file photo)

The Central Juvenile and Family Court on Tuesday allowed a 28-year-old Japanese man to take home 13 children born to surrogate women in Thailand, granting him sole parental custody. The court ruled that Mitsutoki Shigeta was the biological father of the children, was able to raise them and was not connected with human trafficking.

According to the ruling, the man hired nine Thai women to be surrogate mothers for his children in 2013. The women gave birth in 2014 - before the new law restricting the use of assistive technology in childbirth was enacted on July 30, 2015 - and the timing allowed him to seek parental rights to the 13 children. The new law requires surrogate mothers to be relatives of the prospective parents. 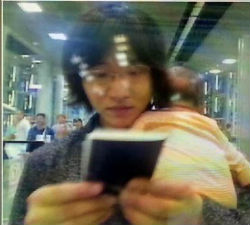 Photo by airport immigration shows Mitsutoki Shigeta. during one of his trips to Thailand.

DNA examination confirmed Mr Shigeta was the biological father, and the court found that he had taken good care of the infants before officials from the Ministry of Social Development and Human Security took them to care facilities in Nonthaburi and Chiang Mai provinces.

The man had his representatives regularly visit the children at the facilities, it said, and had made plans for the children’s education and future well-being, including nannies and nurses at a residence in Tokyo. Mr Shigeta had also opened trust fund accounts for the 13 children in Singapore, the court found, and had previously successfully raised other surrogate children in Japan and Cambodia, arranging Japanese citizenship for all his children in Japan.

The court determined that Mr Shigeta was the son of a founder and chairman of a well-known listed company in Japan and owned several companies himself - including one that paid him more than 100 million baht in annual dividends - and had sufficient wealth to raise all 13 children. The director-general of the Department of Children and Youth did not oppose his sole parental rights, even though Mr Shigeta was unmarried. 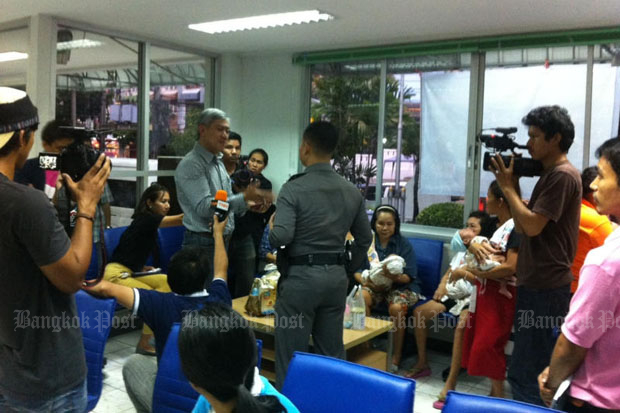 The so-called “baby factory” case made headlines in early August 2014 when nine babies were found at a condominium in Bangkok’s Bang Kapi district, along with seven nannies and a pregnant Thai woman who later gave birth prematurely to a baby girl. Mr Shigeta fled the country the same month, but visited Thailand 65 times between 2012 to 2014 - and on several occasions was spotted taking babies out of the country.

Kong Suriyamonthol, Mr Shigeta's lawyer, said the process of removing the children, now four years old, from the state facilities would be undertaken gradually, since the children had already become familiar with staff there. He added that Mr Shigeta had grown up in an extended family, so he loved being surrounded by large numbers of children. He would later decide whether the children would be raised in Japan or Cambodia, the lawyer said.