Police announce the arrest of 16 suspects, 11 Thais and five Taiwanese nationals, following Tuesday's raid on a call-scam centre in Malaysia. The suspects included the alleged leader of the Taiwanese gang.(Photo by Sutthiwit Chayutworakan)

Eleven Thais and five Taiwanese were arrested during a raid by Malaysian and Thai police on a commercial building in Kuala Lumpur used as a base by an international gang of phone-scammers.

The operation followed earlier arrests during raids by Cambodian and Thai police on several call centres in Cambodia used by the same gang.

The 11 Thais claimed they had been tricked and coerced by the Taiwanese-led gang into making phone calls from Malaysia to intended victims in Thailand.

The 16 suspects caught on Tuesday were being questioned by Malaysian authorities.

Tourist police were now coordinating with Cambodian authorities for the return of all 26 Thai nationals to Thailand. Police would then determine which which ones had been lured into the work as they claimed, and which were willing gang members.

Two Thai men from Phayao province who were earlier detained by Thai and Malaysian police in a raid on a condominium used as a base for call-centre scam in central Kuala Lumpur on Jan 26, were also on the flight to Thailand on Tuesday night. They gave information to police about the gang.

Kae Soonklang, 39, and Athakrit Lachiangkhong, 23, said they had been duped into travelling to Malaysia by job brokers with a promise of work at a restaurant. Instead they were forced to work at a phone-scam centre, making calls to people in Thailand and deceiving them into forking over their money to the gang.

If they refused to cooperate, they were beaten up by gang members, they told police. 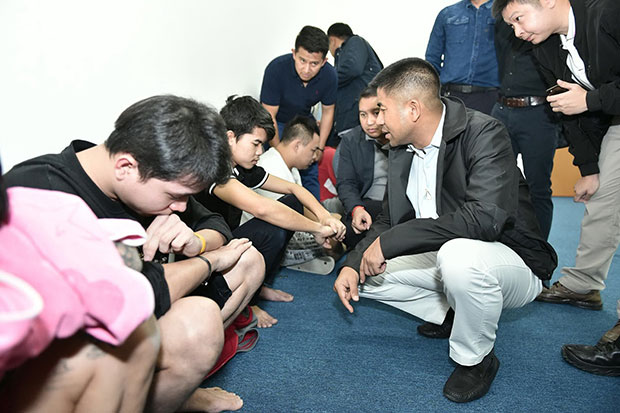 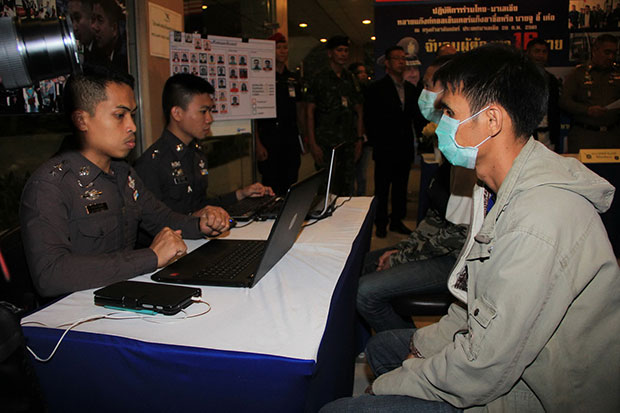