NAKHON SI THAMMARAT: Two seamen from Myanmar have died and another is in hospital after eating fried puffer fish eggs.

The skipper said he had warned his crew members to avoid eating the highly poisonous fish and its eggs but the three turned a deaf ear.

About 30 minutes after they ate, Tal started vomiting, went into shock and died, while Shwe died three hours later, he said.

Mr Wirat radioed the Si Chon police station and marine police accompanied the trawler to shore before all were taken to Si Chon Hospital. 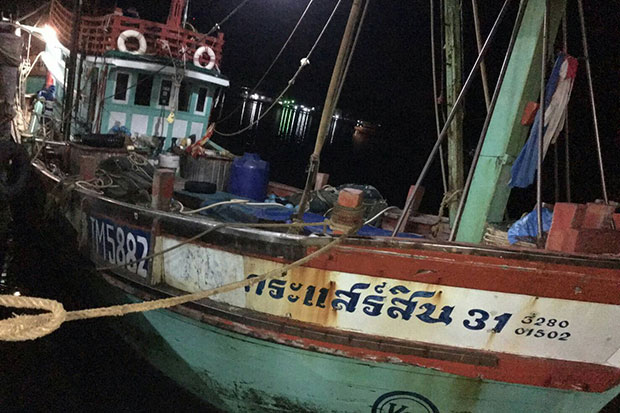 The trawler Kra Saesin 31, where the fatal meal was consumed, is moored at a pier in Si Chon district of Nakhon Si Thammarat. (Photo by Nujaree Raekrun)