AYUTTHAYA: Five Thai tourists climbing the ruins at Wat Mahathat for pictures have been charged and will be sent to court on Tuesday. 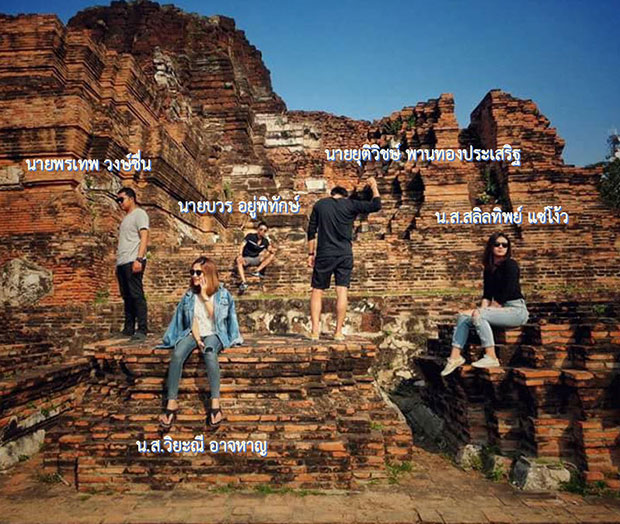 Five tourists climbing the base of Wat Mahathat in Phra Nakhon Si Ayutthaya district in Ayutthaya meet police to hear the charges on Monday.

They allegedly posted a picture on Facebook showing themselves sitting and standing on the foundation of the ruins in the Ayutthaya historic park.

Pol Col Surapong said the tourists told police that the pictures were taken during their visit to the old capital on Jan 28.

All were temporarily released as they had no intention to flee and police will forward the case to the Ayutthaya Court on Tuesday, he added.

The five people also apologised to the public for the ignorance, according to the police.

The ruins are part of the Unesco World Heritage site in the former capital.