An Organisation of Islamic Cooperation (OIC) team has given positive feedback on how Thai authorities are addressing the unrest in the insurgency-plagued region, army chief Chalermchai Sitthisad says.

The team on Thursday met officials at the office of the Pattani provincial administrative organisation in Pattani's Muang district.

It was the final day of the team's four-day visit to the far South as guests of the government, which invited the OIC to follow up on the administration's handling of the southern situation.

Gen Chalermchai said fourth Army Region commander Lt Gen Piyawat Nakwanich was assigned by Deputy Prime Minister Prawit Wongsuwon to explain to the OIC how the government was dealing with the unrest.

"So far, a good response has been given by the OIC," the army commander said.

An official OIC statement released in Riyadh said members of the delegation were from Bahrain, The Gambia, Indonesia, Jordan, Malaysia, Pakistan, Turkey and the OIC's general secretariat.

They agreed that the restrictions under the state of emergency in the deep South "are not disproportionately affecting Muslims in the region".

It welcomed the government's educational and social programmes in the South and stated the OIC was willing to support them.

"The delegation reiterated the position of the OIC to support all peaceful initiatives that guaranteed the human rights of citizens and developed mutual understanding, dialogue and cooperation for the benefit of all communities in Thailand," the statement said. 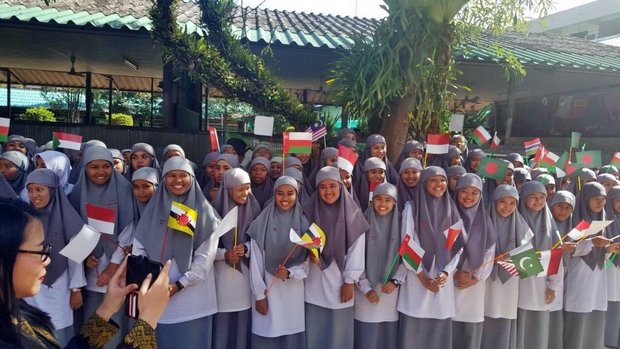 Students of the Attarkiah Islamiah Institute, Narathiwat, greeted the OIC delegation on Wednesday.

The OIC team of eight on Thursday also visited Ban Sai Kao community in Pattani's Khok Pho district, where a 300-year-old Najmuddin mosque is located. It serves as a model community where Buddhists and Muslims live together peacefully.

The former Wat Sai Kao abbot is said to have worked with a local imam to build the mosque.

The OIC team on Wednesday visited Princess of Naradhiwas University and Attarkiah Islamiah Institute in Narathiwat's Muang district. At the university, the OIC delegates praised the authorities for ensuring equal access to education and expressed confidence the southern situation would improve over time, according to officials.

Salih Mutlu Sen, Turkey's permanent representative to the OIC, admired the university's education management, saying this would help improve the life quality of the locals and youths, the officials said.

He also asked the university to give emphasis on the teaching of information technology as well as English and Arabic languages, which are essential for realising young people's career goals.

He also said authorities should interact more with the local communities.