Padtama Kedkuerviriyanon feeds the baby female monkey she saved after the mother was killed by a visitor's car at Wat Khao No in Nakhon Sawan’s Banphot Phisai district last Friday. (Photo by Chalit Phumruang)

NAKHON SAWAN: When a pregnant monkey was killed by a car at her local temple, Padtama Kedkuerviriyanon didn't hesitate, she just knew she had to save the unborn baby.

Although having no training at all, the 36-year-old monkey-food vendor dredged up memories of an experience she had when giving birth to her child many years ago - and delivered the baby monkey by caesarian section.

Ms Padtama said she was horrified to see a female monkey, obviously in the last stages of pregnancy, run over and killed by a tourist's car at Wat Khao No in Banphot Phisai district last Friday.

“At that moment, I thought to myself the baby monkey would be dying inside its dead mother if I didn’t do anything to help save it,” she said.

Her first instinct was to do whatever was necessary, and she instinctively believed at that moment that she could, even without any medical or veterinary skills.

She went hurriedly looking for a sharp blade and returned with one. Carefully she cut open the dead monkey’s abdomen and removed the baby from the womb.

Ms Padtama said that while performing the operation she recalled what she had learned when a nurse helped her give birth many years ago, delivering her child by C-section.

And as she performed the memorable life-saving operation - a relative was filming the moment with a smartphone.

The video was later posted on Ms Padtama's personal Facebook account, and was rapidly shared on social media.

Her gut feeling and brave action paid off. The baby monkey is safe and sound, chirping happily to Ms Padtama, who takes her everywhere she goes. It sleeps in Ms Padtama's bedroom with her when they are home.

Most of the time, the baby monkey nestles comfortably in a basket, but needs constant care without her real mother. Ms Padtama feeds her with milk, using a syringe.

“I think I will have to take care of it until she grows up enough to live on her own, possibly a year or so,” Ms Padtama said with a smile. 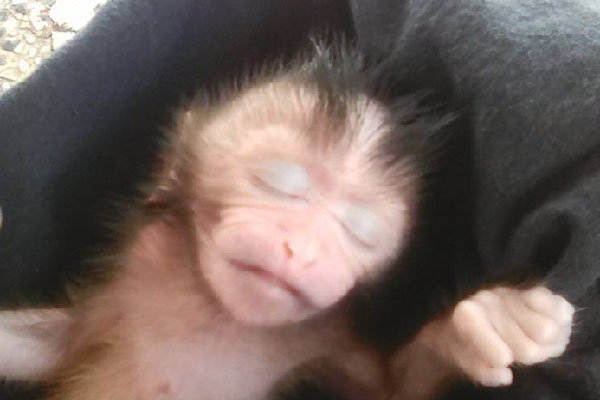 A photo from Padtama Kedkuerviriyanon’s Facebook account shows the female baby monkey shortly being brought into the world by caesarean section after the monther was killed by a car.on March 2. 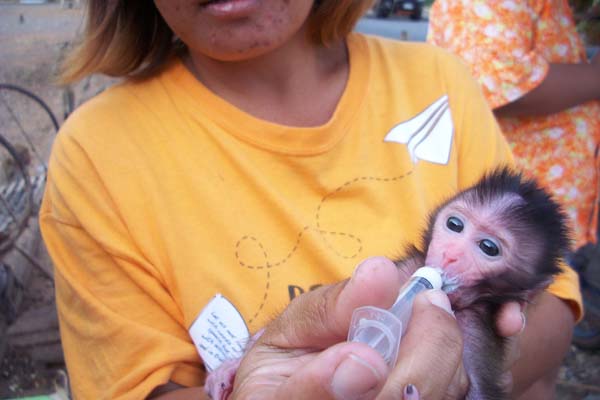 Thailand has called on Israel to review its decision to ban Thais from entering the country in a bid to control the spread of deadly coronavirus (Covid-19).

LONDON - US President Donald Trump promised to pardon WikiLeaks founder Julian Assange if he denied Russia leaked emails of his 2016 election rival's campaign, a London court was told on Wednesday.