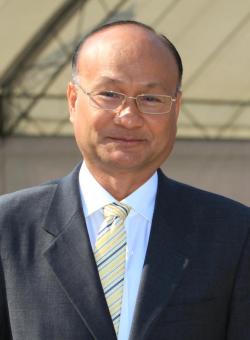 A number of businesses have expressed an interest in mass transit in the Eastern Economic Corridor (EEC) and upcoming provincial tram networks, said the vice minister for transport, Teerapong Rodprasert.

"We are always looking to integrate international standards into our operations, and they have presented us opportunities to raise our transport systems to more of a European standard," Mr Teerapong told a recent seminar.

Attended by officials from the State Railway of Thailand (SRT) and 18 French companies, the event, called the "Thai-French Urban and Rail Transportation Seminar", was hosted by the French embassy and Business France, a government-promoting agency.

The French companies said they have been examining Thailand's mass transit policies and would soon make a decision on whether to join the bidding.

Bidding for the high-speed railway linking the three airports will start in April and take around four months to conclude.

French companies are the latest major players to express interest in the government's mass transit infrastructure. So far, Chinese, Japanese and German businesses have been linked with the high-speed rail and mass transit projects.

"We can see that Thailand has been in talks over various high-speed railway, tram and metro networks, but the most substantive one so far is the EEC high-speed rail project," said Laurence Broseta, CEO international of French transport operator Transdev Group.

"[In light of these] developments, it is important to form joint ventures and other partnerships with local Thai companies whenever possible," she added.

French Ambassador to Thailand Gilles Garachon said Tuesday that French companies can also offer training and human resources which could benefit the projects.

"It's not only about the machinery. The people who actually operate these networks must also be trained accordingly," he said.

"The projects are ripe, as the infrastructure master plan in Thailand becomes clearer, so I would say now is the time for [French companies] to move."