The Porsche Panamera catches fire as firefighters reach the house on Friday. (Photos from @ThaiRescueNews Facebook)

A new Porsche Panamera caught fire while being charged and the blaze spread to partially destroy a house in Taling Chan district in Bangkok on Friday.

Police who responded to a call at the two-storey house on a 200-square-wah plot on Boromratchonnanee Soi 55 found the fire spreading to a sitting room. It took firefighters 30 minutes to bring the blaze under control, Thai media reported on Friday.

The high-end hybrid-electric car and the entire sitting room equipped with a home-theatre system were destroyed. The damage to the house was estimated at 6 million baht.

Police found the car's charging cable plugged into an electrical outlet in the sitting room.

The house belongs to the Krittaya-anon family, which owns a student uniform business under the Tra Samor brand. Nuttawut Krittaya-anon, 33, said the car belonged to his mother, Siriporn, 61. She paid 10 million baht for it in September.

Mr Nuttawut said that when his mother drove back home at 10pm on Thursday, she inserted the charging module into the back of the car and plugged the other end of the cable into an outlet in the living room.

"She does this every day and would pull the plug in the morning. But at around 6am today, while we were still sleeping, an explosion was heard in the garage," he said.

"When we came down, we found the back of the car in flames and the fire was quickly spreading on the charging cable to the sitting room. It was happening so fast that we couldn't do anything."

He said the car was covered by Thaivivat Insurance Plc and the annual premiums were almost 100,000 baht.

Police are investigating the cause of the fire.

Thairath Online reported that representatives from Setpoint Group, the importer and dealer that sold the car, had spoken with Mr Nuttawut and said they would report the incident to the German manufacturer.

Thaivivat Insurance also said it would take full responsibility for the damages in line with the conditions in the policy. 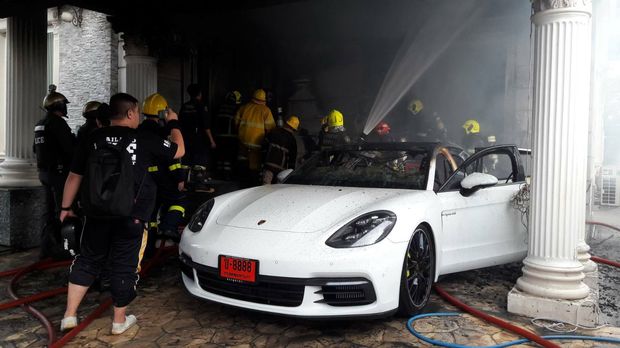 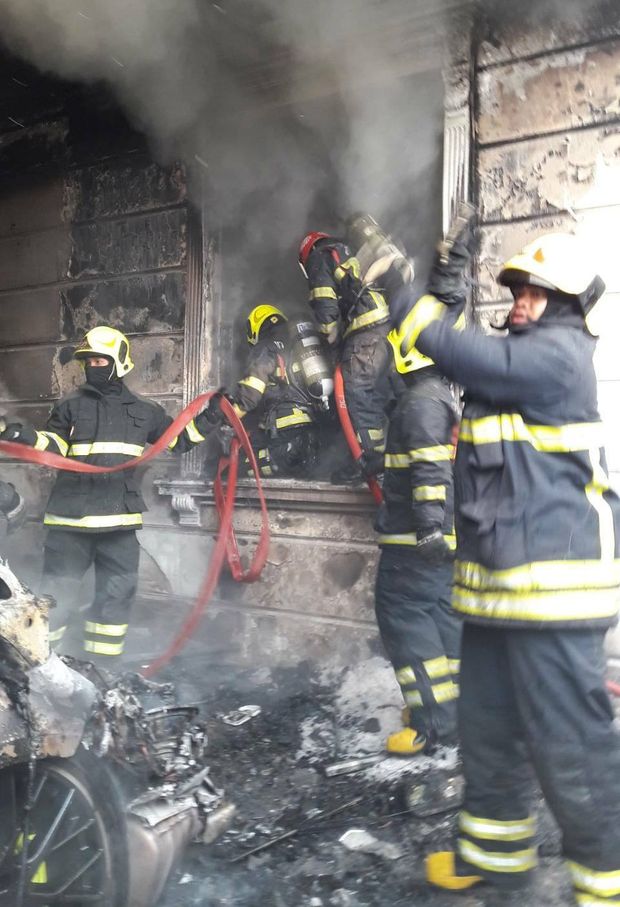 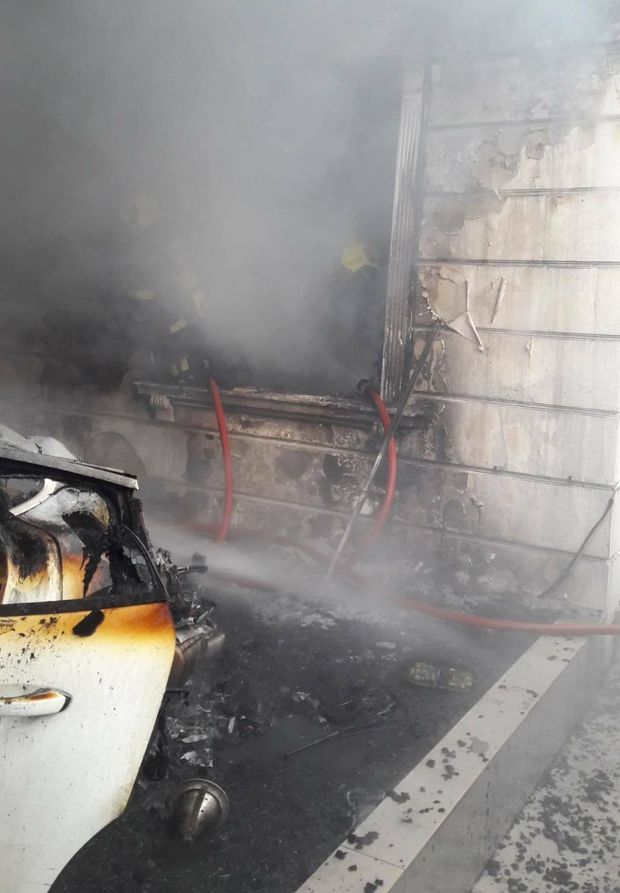