The editor of Citylife Chiang Mai has apologised to the provincial governor after he threatened her with criminal charges for posting on Facebook a student's painting of ancient kings wearing pollution masks. 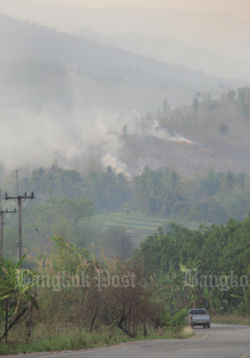 The magazine on Friday posted a letter signed by Chiang Mai Gov Pavin Chamniprasart recommending police charge the publication with being disrespectful to the kings and endangering tourism. Editor Pim Kemasingki could be imprisoned up to five years if convicted under the Computer Crime Act, which has several broad provisions, including criminal penalties for undermining national security and entering false information into computer systems.

Ms Pim said Monday she had sought only to raise awareness of the health issue and had called the governor personally to apologise.

The provincial government has been criticised for not being more active in addressing the seasonal haze.

The governor did not respond Monday to requests seeking comment. His secretary stated he was attending meetings all day about the smog.

The controversy also caused the magazine to cancel an anti-pollution rally it had planned for last Friday.

This all started because CityLife tried to organize a gathering in Chiang Mai to bring attention to the smog situation. After receiving threats they cancelled the event. The governor then went after them for trying to hurt Chiang Mai's image and its tourism. #Thailand pic.twitter.com/ATaNxiFTze

“Our intention was to create a positive gathering of concerned citizens and residents to petition the government to give us correct and greater information about the annual air pollution and the dangers it poses to our health,” Ms Pim wrote in an online message. “Unfortunately, there are elements in society with unknown agendas who have used our well-intentioned event to create chaos and plant seeds of suspicion about our intentions.

“We have recently been warned by many members of the media, government and related organisations that our event may be hijacked by ill-intentioned people who wish to cause chaos,” she wrote, adding that she regarded some of these warnings as threats.

The painting was made by a 12th grade high school student.

Ms Pim said she appreciated the painting because she also paints herself. “I'm also an artist, I paint, and I saw this as a piece of art. I apologise to everyone if I didn't think it through properly, but I meant no harm.” 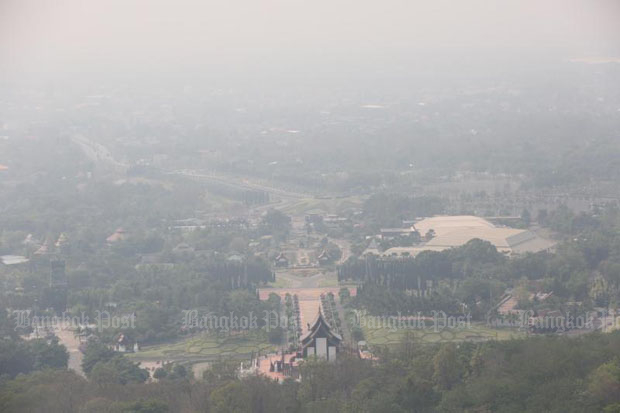