Sirinya: Looking to China for help

The regime has recently come up with special measures to help drug addicts under a narcotics suppression plan that includes a comprehensive rehabilitation programme.

The measures are thought to carry a political undertone for a government that is hoping to boost its sinking popularity, according to critics.

They say the drug suppression policy is one which, if achieved, would be the fastest and most effective in terms of appeasing or impressing the public.

Announcement No.108 issued by Prime Minister Prayut Chan-o-cha in his capacity as the leader of the National Council for Peace and Order (NCPO) on July 21, 2014 underscored the importance the regime attaches to drug-rehabilitation efforts.

The announcement deals with the treatment and rehabilitation of suspected drug abusers and also gives the secretary-general of the Office of the Narcotics Control Board (ONCB) the authority to issue regulations governing their rehabilitation.

Under the regulations set by ONCB secretary-general Sirinya Sitdhichai, drug addicts who voluntarily join and complete the programme, which has already begun this year, will either have their criminal record wiped or not get one for this offence.

They will be able to start a new life with the slate wiped clean after they complete the programme.

Mr Sirinya was promoted from the post of ONCB deputy secretary-general to become its chief under a Section 44 order invoked by Gen Prayut on July 5, 2016.

He replaced Narong Rattanankul, who was shunted to the post of special inspector-general attached to the Office of the Permanent Secretary under the Prime Minister's Office.

More than 70,000 people signed up for the programme. Of them, about 10,000 failed to show up for their rehabilitation.

In recent months, the authorities have intensified a crackdown on drug rings, with huge amounts of narcotics confiscated along the borders in the north of the country.

With a surge in the influx of illicit drugs across the border, Mr Sirinya plans to visit China to discuss the drug problem with Chinese drug suppression authorities and seek help to combat drug smuggling, given China's significant role and influence as a major power in the region.

A source said some ethnic minority groups in northern Myanmar bordering China are known to be involved in the trafficking and sale of drugs. Standing out among them is the Red Wa group, a major supplier of illicit drugs.

These ethnic groups are out of the reach of Myamar's control, but they tend to associate themselves more closely with China in terms of using the Chinese language and China's yuan currency, the source said.

Even Myanmar finds it difficult to handle these ethnic drug syndicates. They have churned out large quantifies of drugs as their towns expand very quickly and serve as buffers against China and Myanmar, generating a high border-trade value.

Thailand and countries in the Mekong Subregion have worked together in a concerted effort to address the problem of illicit drugs plaguing the region.

But the recent massive influx seen in Thailand has prodded authorities into taking decisive action to try and stamp it out.

A key factor in combating the spread of recreational drug use is not cooperation between Thailand and Myanmar, a transit point; rather, China must step in and take the lead in dealing with drug production bases in Myanmar, the source said.

A political source said drug suppression is one of many areas of national administration which the government has complete control over as law enforcement officers are mostly the police and the military.

Combating illicit drugs is certain to win public praise and improve the government's popularity, which has taken a battering in recent months after a slew of negative publicity, the most glaring of which was the luxury wristwatch scandal involving Deputy Prime Minister Prawit Wongsuwon, according to the source. 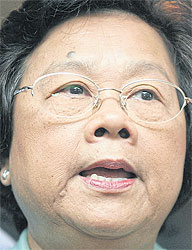 Members of the so-called Wang Nam Yen faction were not thrilled at hearing their leader Sanoh Thienthong share his dream about the return to Thailand of ousted prime minister Thaksin Shinawatra, who fled the country to escape a jail term.

During a high-profile membership confirmation event at the Pheu Thai Party early this month, Mr Sanoh said he recently dreamed, literally, that Thaksin would return from exile. Some political observers interpreted the dream as Mr Sanoh's belief Pheu Thai would win the next election.

While such comments might have been made for the benefit of the audience, Mr Sanoh's remarks were apparently not warmly welcomed by his own clan, which is in the middle of a political deal-making process, according to sources.

Members of the Wang Nam Yen faction are reportedly in talks with the Bhumjaithai Party, led by Anutin Charnvirakul, about their political future. Mr Sanoh's recounting of his dream has spoiled the good atmosphere, if not disrupted the whole negotiation process, the sources said.

They said that several faction members, mostly from the Thienthong family, are considering retiring the 85-year-old patriarch of the group. The 10-plus faction cannot allow him to cut loose and say the wrong thing at the wrong time.

The group members have given up on Pheu Thai because they have no confidence it will emerge victorious in the next election, no matter who is at the helm.

The former ruling party is struggling to find a new leader to prepare for the election and has been greatly weakened by infighting.

There are also new election rules, seen as a decisive factor in elections, that are believed to favour small- and medium-sized political parties such as Bhumjaithai, according to the sources.

The Wang Nam Yen faction is eyeing Bhumjaithai as its new political ally, and to move forward it needs a new chief to replace Mr Sanoh. They are believed to have initially agreed to give the job to Uraiwan Thienthong, Mr Sanoh's wife.

According to political sources, Ms Uraiwan, who served as a labour minister in three governments, does not share her husband's vision but is ready for the role.

The sources said Ms Uraiwan has confided in her close aides that "their generation" should rise up to the challenges to reform the faction and step away from being used as a tool for other party's political gains.

As the group is ready to leave Mr Sanoh behind, it still has to endure boos and jeers in response to his dream remark, which is attracting unwanted attention to a land deal scandal involving the Alpine Golf Course in Pathum Thani's Klong Luang district.

Mr Sanoh, the former deputy interior minister, was accused of unlawfully acquiring the 732-rai plot -- which was donated by Nuem Chamnanchartsakda to Wat Thammikaram in Prachuap Khiri Khan in 1971 -- for the golf course project before selling it to the Shinawatra family in 1999.

The Supreme Court's Criminal Division for Holders of Political Positions threw out the case against him because the 20-year statute of limitations had expired.

The charge was based on Section 148 of the Criminal Procedure Code, not the law governing criminal procedures against political office holders, which has no statute of limitations.

Even though Mr Sanoh evaded an abuse of authority trial due to a legal technicality, the public has very strong opinions about the case, which involves monastic property, and is unwilling to see the scandal disappear easily.

While it remains to be seen whether Mr Sanoh's dream of Thaksin returning is "just a dream", an omen or wishful thinking, Deputy Prime Minister Prawit Wongsuwon offered his two cents: "Let him dream. Everything will proceed according to the law."

Jumping on the bandwagon 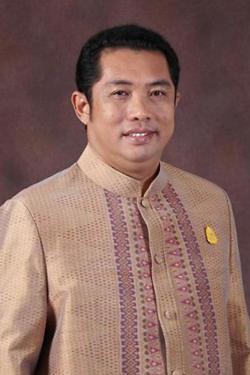 The cabinet returned from the Songkran break early this week with the appointment of Palang Chon Party leader Sonthaya Khunpleum as an adviser on political affairs to the prime minister.

The eldest son of Somchai "Kamnan Poh" Khunpleum, who wielded considerable influence in the eastern province of Chon Buri, Mr Sonthaya is believed to have inherited his father's clout.

A several-time MP for Chon Buri, he burst onto the scene in 1995 and quickly climbed the ladder. Having served as a deputy minister at key agencies including the Transport Ministry and Interior Ministry, he also worked as the culture minister and science minister.

However, he is known to become shy when surrounded by the media at Government House or at his ministerial office and he tends to avoid interviews whenever possible.

Reporters recall seeing him on several occasions grab for his smartphone when he saw them approaching and keep talking until he git into his chauffeur-driven car.

His appointment as adviser to Gen Prayut in the cabinet, however, should come as no surprise given the rumours swirling ahead of the Songkran break.

Senior government figures and veteran politicians have reportedly stayed in contact in the weeks following the partial lifting of the regime's political ban, which means parties can now conduct limited activities to prepare for the national polls.

After all, there is a general election to contest and a strategy that needs to be mapped out and executed.

There are whispers that Deputy Prime Minister Somkid Jatusripitak, who is widely tipped to lead a political party to mount a comeback for Prime Minister Prayut Chan-o-cha, is behind the move to bring the Khunpleum family into the fold.

Itthiphol, Mr Sonthaya's younger brother and former mayor of Pattaya, was also appointed as a political official, serving as an assistant to the tourism and sports minister.

According to political sources, Mr Sonthaya's position as an adviser on political affairs to the prime minister sounds "powerful" even though his presence in the government is believed to be aimed at luring other political groups to join the Somkid bandwagon, strengthening his party's chances of winning the poll expected next February.

In the eyes of the regime's critics and political observers, the inclusion of the Palang Chon politicians is a calculated political move regardless of what Mr Sonthaya or other government figures say.

They attempted to camouflage this somewhat using the government's flagship Eastern Economic Corridor (EEC) project as cover. Mr Somkid was quoted as saying the government expected to capitalise on Mr Sonthaya's political base in Chon Buri.

Mr Sonthaya's appointment also reflects the level of acceptance and respect Gen Prayut has for his deputy, Mr Somkid, who has emerged as a formidable political intermediary.

Mr Sonthaya and Mr Itthiphol will not be the first nor the last politicians to team up with the Prayut government in the coming months, according to political sources.

It has been widely reported that Mr Somkid, whose connections with veteran politicians run deep, is close to signing up other political factions.

Before the political activities ban is entirely lifted, a move tentatively set for June, the public is likely to see more political "players" cosying up to the regime.