Police and wildlife conservation officials seize firearms during a search of the residence of Premchai Karnasuta, president of Italian-Thai Development Plc, on Soi Sun Wichai Road in Bangkok on Feb 7. (File photo by Patipat Janthong)

Prosecutors have decided to indict construction tycoon and accuse wildlife poacher Premchai Karnasuta on an additional charge of illegal possession of firearms.

Pol Gen Srivara said later that prosecutors from Region 8 have decided to indict Mr Premchai in the Criminal Court for illegal possession of firearms in violation of the Firearms, Ammunition, Explosives and Fireworks Act, NCPO order No 44 and the Criminal Code.

Investigators from the Natural Resources and Environmental Crime Suppression Division reportedly found 43 firearms and a quantity of ammunition during a search of Mr Premchai’s residence on Soi Sun Wichai 3 in Huai Khwang district, Bangkok, in February. Six of the guns were not licenced.

The president of Italian-Thai Development and three employees were arrested on the night of Feb 4 for alleged illegal hunting in Thungyai Naresuan Wildlife Sanctuary, a Unesco World Heritage site, in Kanchanaburi province.

They were found in possession of dead protected animals, including a rare black leopard and its pelt. 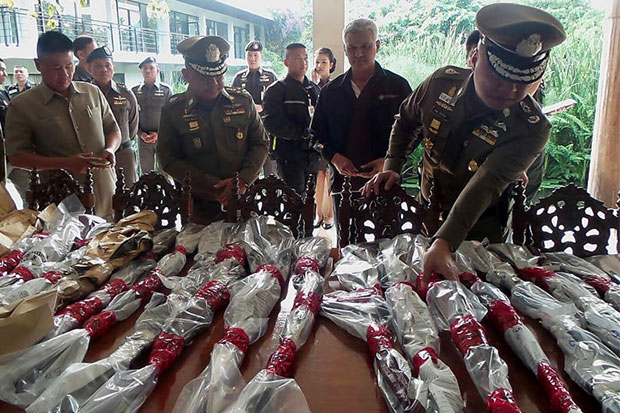