Thailand remains on US Watch List in 2018 report
Thailand
General

Thailand remains on the Watch List under the 2018 Special 301 report of the Office of the United States Trade Representative.

The USTR released the report, which names and shames trading partners that do not adequately or effectively protect and enforce intellectual property (IP) rights or deny market access to the US, on Friday night Bangkok time.

In December, the US upgraded Thailand from the Priority Watch List to the Watch List, citing good results from the bilateral US-Thailand Trade and Investment Framework Agreement.

For Thailand, the issues of particular concerns are counterfeit pharmaceuticals, border and criminal enforcement against counterfeiting and government use of unlicensed software, the report says.

It also mentioned the 2014 Copyright Act, of which amendments failed to address a number of concerns, including on ISP liability, technological protection measures, rights management information and procedural obstacles to enforcement against unauthorised camcording.

Other issues are a backlog in pending patent applications, widespread use of unlicensed software in both the public and private sectors, unauthorised collective management organisations, lengthy civil IP enforcement proceedings and low civil damages, as well as extensive cable and satellite signal theft.

On the other hand, the progress Thailand has made is the setup of the National Committee on Intellectual Property and a subcommittee on enforcement against IP infringement, led by the prime minister and a deputy Prime Minister, respectively, which improved coordination among government agencies.

The USTR also commended Thailand's steps to address backlogs for patent and trademark applications, including significantly increasing the number of examiners and streamlining regulations.

It also praised Thailand for joining the Madrid Protocol, which makes it easier for American companies to apply for trademarks, and took steps to address concerns regarding online piracy affecting the US content industry. 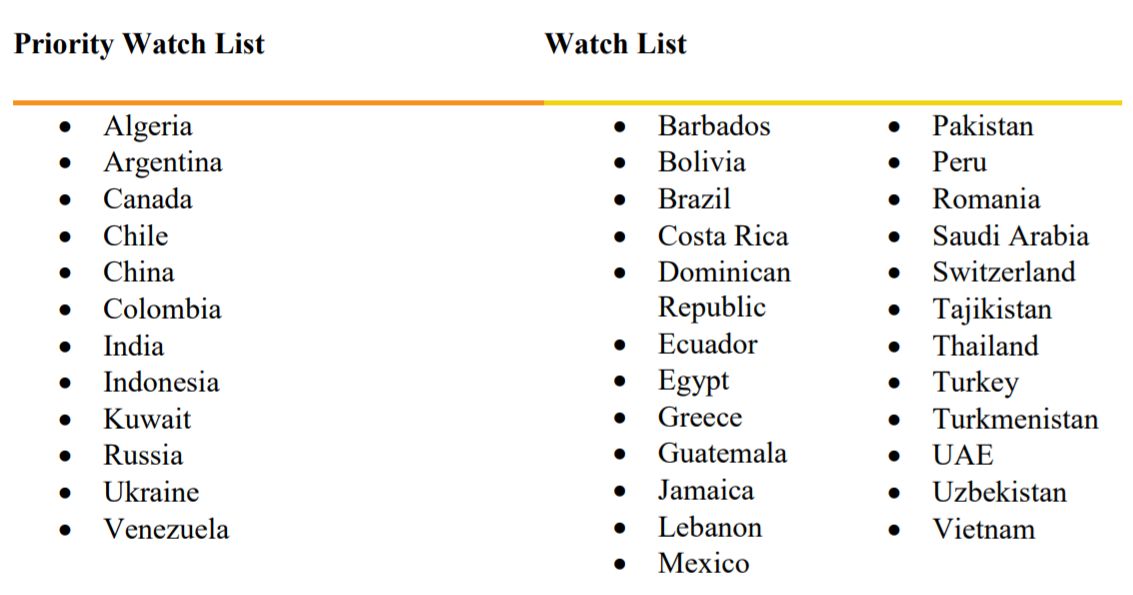