Hefty fines up to B1m for drying clothes at historical sites

The warning was issued after a Facebook user posted a picture of clothes on makeshift laundry lines on the premises of Wat Khok Phraya, a designated national heritage site since 1980.

Sukanya Baonid, the director of the Phra Na Khon Ayutthaya Historic Park office, said she had talked to residents living near the site in Phra Nakhon Sri Ayutthaya district and they admitted knowing that it was against the law.

Officials will issue warnings to them and other people who do likewise at other national sites, informing them of possible legal consequences.

People who ignore the warnings and continue to dry clothes on protected sites could be considered violators of the Act on Ancient Monuments, Antiques and Objects of Arts and National Museum, she said.

The law carries a maximum fine of 1 million baht and a jail term of up to 10 years, or both, the official added.

Wat Khok Phraya was used as an execution site for kings and members of royal families from the time of King Ramesuan, who ruled Ayutthaya from 1339-95. 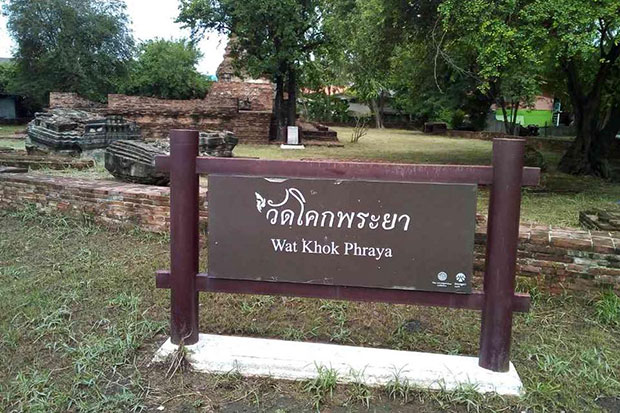