Ten Thai universities are on the Times Higher Education's Emerging Economies University Rankings this year, up from nine in 2017. 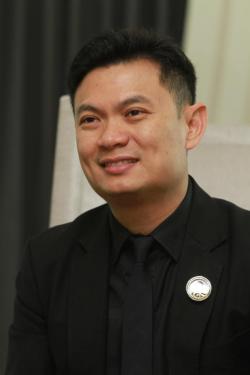 Some 378 universities from 42 countries across Asia, Africa, Europe and South America were listed.

King Mongkut's University of Technology Thonburi is ranked in 92nd place, down from 91st last year, while Chulalongkorn University fell from 117th last year to 126th.

Suranaree University of Technology moved up from 192th to 177th while King Mongkut's Institute of Technology Ladkrabang dropped from 145th to 181st.

Chiang Mai University's ranking fell from 165th to 195th while Khon Kaen University which was ranked 200th last year, fell into the 201-250 bracket.

Kasetsart and Prince of Songkla universities this year are in the 251-300 group.

The newcomer to the list is King Mongkut's University of Technology North Bangkok, which is placed in the 301-350 group.

Mahidol, King Mongkut's University of Technology Thonburi and Chulalongkorn are among the top 10 universities in Asean, according to Times Higher Education (THE).

"While we see examples of progress, the picture across the Asean region's higher education system this year is of decline," Phil Baty, THE's Editorial Director of Global Rankings said.

"To improve, institutions need to focus heavily on developing their research capacity and strengthening their international outlook. That will enrich their global reputation and boost research impact -- the key for ascending these important rankings," he said.

"Embracing global data benchmarking exercises like this is also hugely important in itself -- they inspire the healthy competition, collaboration and global networks that drive up quality and standards for all," he added.

Suchatvee Suwansawat, president of the Council of University Presidents of Thailand, said Wednesday that the rankings should not be taken as a mark of substandard quality in Thai universities.

"Some universities may excel because they teach in one language, for instance, and some high-quality Thai universities have not appeared on the list," he said.

"Nevertheless, such rankings on an international scale will spur Thai universities into improving their curriculae. The country will surely receive more benefits than drawbacks in the long run [from these rankings], Mr Suchatvee added.