A police officer questions three Indian suspects about their alleged roles in a scam that used the names of hundreds of women in Sara Buri in forged marriage certificates. (Photo from Tourist Police Bureau)

Eight Indian nationals have been arrested for involvement in a scam that used the names of 300 Thai women in forged marriage licences. None of the women were aware that they were "married".

Pol Maj Gen Surachate believes the Indian gang made the fake marriage documents in order to extend their stay in Thailand.

Three alleged members of the gang - Prabhakar Singh, Ritesh Kumar and Manjeet Mallah - are facing charges of overstaying their visas while another five - Suraj Prakash Sing, Raju Sharma, Shailesh Kumar TRipathi and Vijendra Nishad - will have their visas revoked due to their alleged involvement in the wrongdoing, according to the Tourist Police Bureau.

The latest operation is part of the police's X-Ray Outlaw Foreigner campaign, aimed at cracking down on foreigners who find illicit ways to stay longer in the country and are sometimes involved in criminal activity. 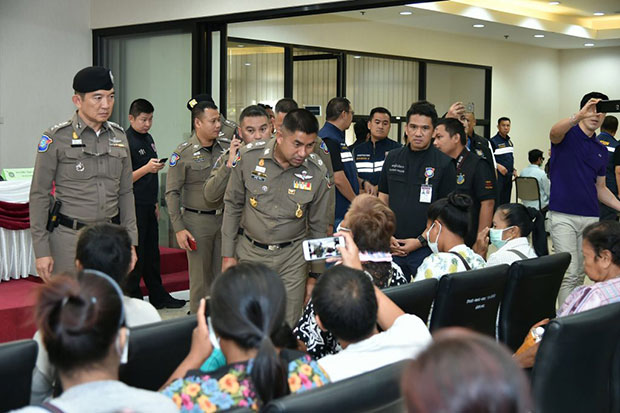 Police have recently targeted international and language schools which issued student visas to foreigners who rarely, if ever, showed up for class.

Pol Maj Gen Surachate told INN News Agency that investigators in the fake marriage scam are checking to see if another 1,700 women in the same district may have "taken husbands" without their knowledge.

They were already dismissed, according to the INN News Agency.