A Cambodian man has reportedly been arrested in Phnom Penh after allegedly posting fake news about the Thai prime minister on the internet while six Thais have been detained in Bangkok for sharing it, according to Thai police.

Heng Ratanak was accused of importing into computer systems false information that may undermine national security or cause panic among the public under the computer crime law. If convicted, he will face a jail term up to five years and/or a fine not exceeding 100,000 baht.

The Thai police found him responsible for uploading on May 23 in Cambodia a Thai-language article saying Gen Prayut Chan-o-cha had told Thais to fill their tanks with water instead of diesel when asked about high oil prices. The prime minister denied saying that. 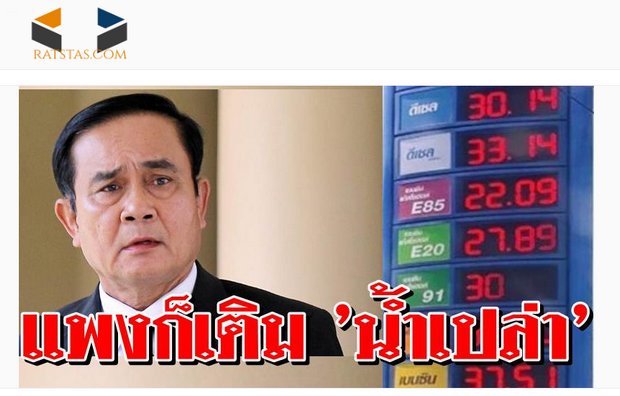 The six suspects faced the charge of knowingly propagating or forwarding false digital information that may damage national or economic security, or cause panic among the people.

They all confessed to sharing the article but claimed they had no ill intention.

Heng Ratanak, whose address is a printing and bitcoin office in Cambodia, is believed to be computer-savvy and to maintain anti-establishment views. His website frequently publishes false news, police said.

According to a Matichon Online report, Pol Maj Gen Surachet earlier coordinated with Cambodian authorities and Heng Ratanak was arrested after Thai authorities complained on May 25.

The Thai investigators, led by Pol Maj Gen Surachate, will go to Cambodia on Friday to confirm his identity. If positive, they will proceed with extradition.